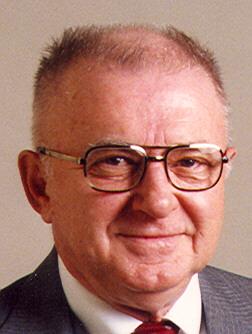 Harold L. Reichardt, ‚ÄúCasey‚Äù, 75, of Gresham, Wisconsin, died unexpectedly, Friday morning, October 1, 2004. He was born April 5, 1929, to the late Harold and Lucille (Huebner) Reichardt, in Brillion and had been a resident of Kaukauna for 35 years, before moving to Gresham, 15 years ago. Casey served with the U. S. Army during the Korean Conflict. He had been employed by Thilmany for 44 years, retiring in 1991. Harold enjoyed watching his grandchildren in the paddleboat races at the lake and fishing with his youngest grandson. He also enjoyed watching high school sports and watching Atlanta Braves baseball. Harold attended Salem United Methodist Church, Red River, Wisconsin and was an active member of Gresham Lions Club, where he held several offices. Survivors included his wife, Genevieve H. (Ott) Reichardt, to whom he had been married for 51 years; two daughters and sons-in-law, Wendy and Ken Weyers, Oregon, IL; Jackie and Mike Heinritz, Appleton; eight grandchildren, Kyle, Korey and Tiffany Weyers, Samantha, Danielle and Alexandra Heinritz, Madeline and Cade Reichardt; a sister and brother-in-law, Joyce and Vernon Wenzel, Appleton. He was preceded in death by his son and daughter-in-law, Terry and Anne Reichardt, August 17, 2001, a brother, Jerry Reichardt and a sister, Patti Lou Tushel. Friends may call at the funeral home from 4-7 pm, Monday. Private family services will be held. Burial will be in Appleton Highland Memorial Park. In lieu of flowers a memorial fund is being established.