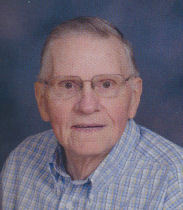 Harold “Archie” Clark, age 88, passed away at Brewster Village on Saturday December 5, 2015. Harold was born in Appleton on October 15, 1927, son of the late Lewis and Marie (Verhagen) Clark. He was a graduate of Appleton High School, and on February 16, 1953 married the former Jean Olson; she preceded him in death in 1985. Harold served his country during the Korean War as a member of the United States Army. For over forty years, he worked as a weaver at the Appleton Wire Works and retired at the age of 60. Harold was also a generous supporter of local charities.

The funeral liturgy for Harold will be held at 10:30 AM on Wednesday, December 9, 2015 at ST. MARY CATHOLIC CHURCH, 312 South State Street in Appleton, with Fr. Bill Swichtenberg officiating. Entombment will be at Highland Memorial Park. The family will receive relatives and friends directly at the church on Wednesday morning from 9:00 AM until the time of the service. In lieu of flowers, a memorial fund is being established with donations going to Harold's favorite charities.

The family would like to thank the wonderful staff at Brewster Village for all of their kindness and compassion these past months. We also wish to thank all of his special neighbors. Over the years, dad treasured each and every one of you, and your friendship will never be forgotten.