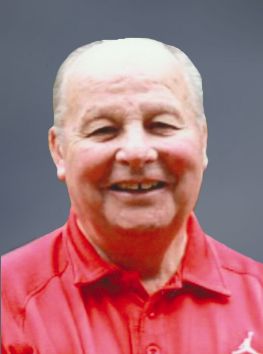 Harold “Harry” Coenen, age 81, of Appleton, passed away at his home on Wednesday, July 12, 2017. Harry was born on June 24, 1936, in Green Bay to the late Henry and Mary (Vande Wettering) Coenen. He married Nancy C. Gerhartz on May 30, 1958, in Kaukauna; she preceded him in death on February 3, 2015. Following his graduation from East DePere High School he attended Green Bay Technical Barber College. He purchased his first barber shop in 1967 in Appleton and became well-known throughout the community for his skills and excellent service. During his over six decade career at the barber shop, Harry was also very involved in youth sports in the Valley. He was a WIAA official for football, basketball, baseball and softball; he was a commissioner and coach in Appleton Little League baseball; was a Babe Ruth League coach; and coached basketball for the Pius X Catholic Church grade school. Harry was also long-time season ticket holder for the Green Bay Packers. Harry was also a long-time member of St. Pius X Catholic Church and an active volunteer in many church programs.

The Funeral Liturgy for Harry will be at 1:30 p.m. on Tuesday, July 18, 2017, at ST. PIUS X CATHOLIC CHURCH, 500 W. Marquette Street, Appleton, with Fr. James Jugenheimer, officiating. Friends may call directly at the church on Tuesday from 10:00 a.m. until the time of services. Interment will be at Riverside Cemetery, Appleton. The family would like to extend a sincere thank you to Dr. David Lenz and his staff—especially Pat; his caregiver Paula Kabat; and the staff of ICU at AMC, for their loving care. Thanks are also due to Ken, Bob and Don for operating the barbershop during Harry’s illness. Harry and his family would also like to gratefully thank his patrons over the past 60 years for their loyalty and friendship. In lieu of flowers, a memorial has been established to benefit Appleton Little League and Girls Softball. Online condolences may be offered at www.wichmannfargo.com

Dad, Buckshot will miss your Friday afternoon naps. Love, Jeff, Kathy and family.
Grandpa, you are so loved and will be missed. “It is a good thing your cute, Grandpa.” Love, Amy.
Dad: You got your wish and stayed in your house right til the end. You will be deeply missed. Scott, Val and family.