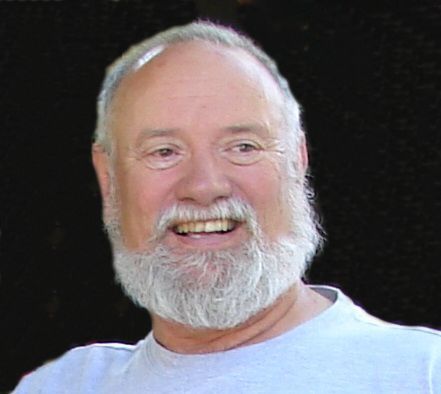 Harold H. Bauss, age 73, of Grand Chute, passed away on Sunday, 27, 2016. He was born on June 16, 1943 in Bay City, Michigan to the late Hugo and Arline (Kurtz) Bauss. Harold graduated from Midland High School in 1962. Shortly after graduating high school he enlisted in the U.S. Navy and proudly served his country during the Vietnam War.
He married Kathy Ballmer on September 24, 1971 in Midland, Michigan. Once married they left their Michigan roots and made the big move to Wisconsin. Together they were blessed with three children, Carol, Debbie and Hans. Harold was employed with Presto Products for over twenty-five years before pursuing other interests before his retirement.
Harold was known for being an outdoorsman; he enjoyed camping, fishing and traveling with his wife, Kathy. He enjoyed the companionship of his faithful canine, Jewel. He also was an avid coin collector and one could easily find him tinkering on something. Above all Harold was known for being a “people-person” and his bright smile. He was always ready to lend a helping hand to anyone who needed it.
He is survived by his loving wife, Kathy; three children, Carol Bauss; Debbie (Ray) Fadroski and Hans (Adrinne) Bauss; five grandchildren, Isaac Fadroski, Hunter Bauss, Aaron Fadroski, August Bauss and Neil Matthews; his two sisters, Betty (Jay) Mocha and Deanne (Dwayne) Mitchel and brother-in-law, Robert (Carolyn) Ballmer. Harold is further survived by many nieces, nephews, other relatives and friends.
In addition to his parents he was preceded in death by his in-laws, Robert and Barbara Ballmer and his sister-in-law, Maryann Filson.
The memorial service will be held at a future date. Online condolences can be offered at www.wichmannfargo.com.
Harold's family would like to thank all the physicians, caregivers and staff of Brewster Village, ThedaCare at Home and both ThedaCare Regional Medical Center of Appleton and Neenah for the compassionate care given to him and his family.