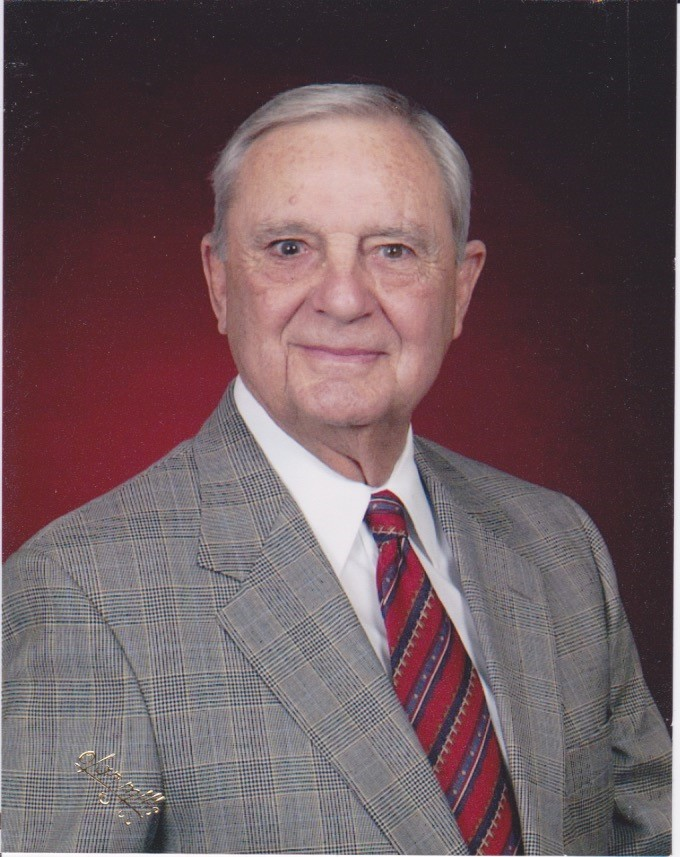 He later studied at Allegheny College located in Meadville, Pa. from 1948-1952, where he met his future wife, Marie Suzanne “Sue” (McCreary) Cooley singing in the acapella choir at Allegheny; they enjoyed each other’s friendship during their four years in Meadville.

After graduation, Bud and Marie Suzanne were engaged and exchanged wedding vows on October 24,1953, at St. Mary’s Catholic Church in Monaca, Pa. – a marriage that would last over 62 years.

Soon thereafter, Bud enlisted in the Air Force where he served as a helicopter pilot from 1953-1956. In the early years of their marriage, Bud and Sue were stationed in Munich and Frankfurt, Germany where he flew rescue missions.

After his tour in Germany, Bud and Suzanne returned to Pittsburgh, Pa. where Bud joined Crucible Steel. After 30 years, he retired from his job at Crucible and started his own business in the metal industry.

Bud had a great love for his family and the outdoors; the Cooleys built a lake home in Northern Wisconsin. Bud and Sue spent a majority of their summers and holidays at the “cottage,” where they deeply enjoyed relaxing and spending time with their ever-growing family.

In 1995, Bud and Sue retired to Tucson, Arizona where they delighted in the warm weather, playing golf, and lifelong friendships in Del Web, Sun City. They returned to Wisconsin in 2012 to be closer to their family.

Bud had a tremendous sense of humor; he and Sue both made many deep and lasting friendships over the course of their lives and the many places they lived. Throughout his life, Bud was involved in their local Catholic parishes, singing in the choir and as a communion minister.

The Funeral Liturgy Mass for Harold will be held at St. Joseph Parish presided by his brother-in-law, Fr. Robert McCreary, O.F.M. Cap. celebrant, at 11:00 a.m, Saturday, October 26, 2019. A visitation for family and friends before the service at St. Joseph Parish will be held between 9:30 and 11:00 a.m. Burial will take place in Phillips, Wisconsin.

The family would like to thank the nurses, CNA’s and staff at Peabody Manor, and the staff at ThedaCare Hospice for their respectful and compassionate care.

In lieu of flowers, the family requests that memorial donations be made to ThedaCare At Home Hospice.