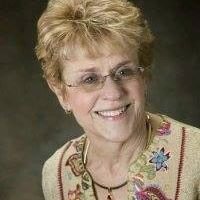 Gwendolyn Zimmerman, 76, passed away on Thursday, December 6, 2018. She was born on April 4, 1942, the late Kenneth and Clara VandeHey Wallace. In October of 1969, Gwen moved to Sitka, Alaska, and on July 19, 1972, she married Raymond G. Zimmerman. Gwen and Ray enjoyed 10 years in the majestic state of Alaska. Both working for Alaska Lumber and Pulp, and enjoying the wonders of Alaska. After leaving Alaska they moved to Manistique, Michigan again enjoying 12 years of working and loving Upper Michigan. After her husband’s retirement they moved to Crivitz. Gwen worked for years at Nicolet Bank, where she enjoyed being with her co-workers as well as meeting and helping bank customers.

In addition to her parents, Gwen was further preceded in death by her husband Raymond; brothers: Michael and Stephen Wallace, and a brother-in-law: John Galligan.

Memorial services will be held at 6:00 pm, on Tuesday, December 11, 2018, at the Wichmann Funeral Home, Tri-County Chapel, 1592 Oneida St., Menasha. Visitation will be Tuesday at the chapel from 4:00 pm until the time of the service. Online condolences may be expressed at www.wichmannfargo.com.