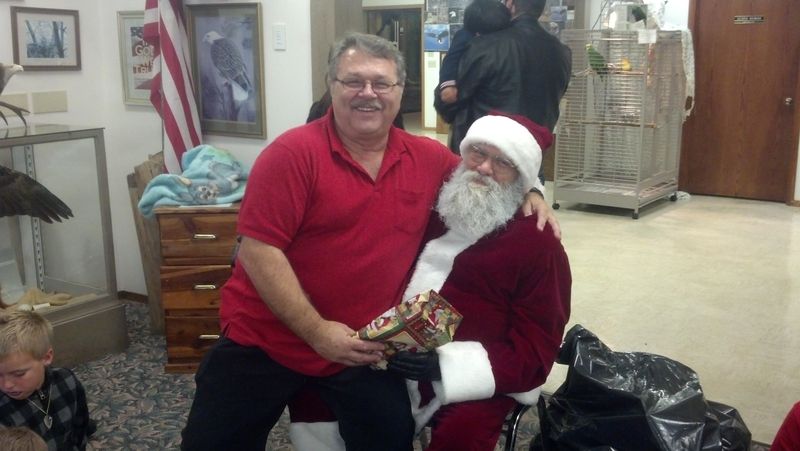 Guy Gordon, age 62, passed away on December 22, 2012, from a heart attack in Indiana. *Note to all‚Ä¶ take better care of yourselves!* He was born on September 7, 1950, in Appleton the son of Francis Gordon and Lois (Schommer) Gordon Schmidt (now) and step-father Robert Schmidt. Guy was a member of the first graduating class of Appleton East High School in 1968. He served our country in the US Navy from 1968-1972, and finally attended the USS Gearing 710 reunion with other Navy friends in 2010. He married his high school sweetheart, Karen Sonkowsky and they were planning on celebrating their 43rd anniversary on January 3rd. Blessed with two children, Eden and Shane (Christi), two daughters-of-the-heart, Kim (Tyler) Dorn and Tonya (Charlie) Benbo, grandkids, Toni, Derek, Katrina, Sean and Katelyn, grandkids-of-the-heart, Cori, Michelle, Tanner and Rachel. Grandpa's name was “Boogeyman”‚Ä¶ can you guess why?
Guy worked at Security Roofing and Siding for 20 years, he was also a Foster Parent to 10 kids during nine years. In 1992, Guy and Karen made a serious career move and became Team Cross Country Truckers. Driving with Roehl Transport for 20 years, they accumulated close to 3,500,000 miles and the marriage survived! He attended Appleton Baptist Temple for years and made solid Christian friends. He currently attended Pathways Church and enjoyed living and growing in his relationship with God.
Guy will be deeply mourned by his wife, kids, grandkids; mother Lois and step-father Bob, brothers, Dave (Kathy) and Troy (Shawn), sisters, Pam (Brian Marsceau) Jorstad, Trudy (John) Trader, Traci (Jim) Seidling, sisters-in-law, Debbie Gordon and Sue Rothlisberg, brothers-in-law, Steve (Barb) Sonkowsky and Gene (Debbie) Sonkowsky, step-family, Mike (Kris) Schmidt, Ron (Jill) Schmidt, Vicki (Jim) Jensen. And everyone else on the planet that knew him. There were no strangers only friends he hadn't met. He was greeted in Heaven by his father, Francis, brothers, Robin and Kim, parents-in-law, Allan and Anne Sonkowsky, Uncle Ski (with a couple of beers in hand), and many others who were happy to welcome him Home.
Funeral service for Guy will be at 11:00 a.m. on Saturday, December 29, 2012, at Pathways Church, 311 West Evergreen Drive, with his friend, Rev. Larry Ingalls and Pastor Brandon Liebe officiating. Friends and family may visit at the CHURCH on Saturday from 9:00 a.m. until the time of service. DRESS HAPPY. In Lieu of flowers a memorial is being established.

Thank you to the staffs at St. Vincent Hospitals, the ER in Frankfurt and CVT in Indianapolis, for all their care, comfort and support during this critical time. Also, thank you to Carol Weaver, there isn't enough words to express our gratitude for everything you did for our family, you were our guardian angel. Your kindness will never be forgotten.