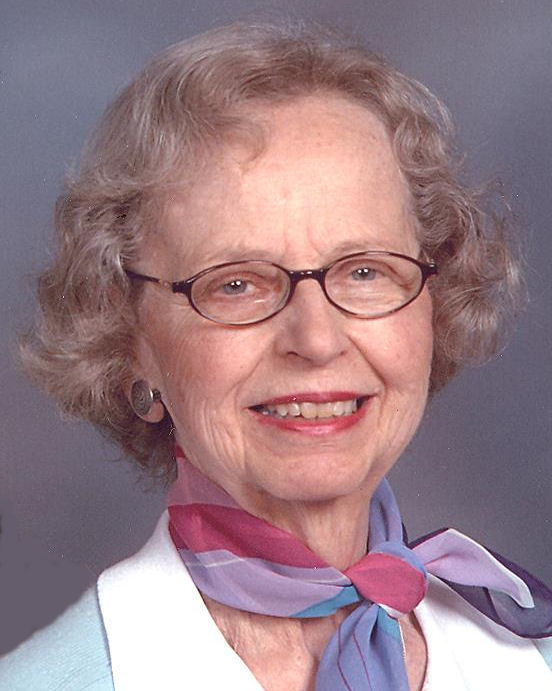 Gretchen Helen Thiede Reynolds, age 90, died peacefully, surrounded by family on Saturday, March 29, 2014. Born in Edgar, Wisconsin on May 4th, 1923, she was the daughter of Adolph R. Thiede and Mandie Wilson Thiede, and sister to Wilson Bickford Thiede. Gretchen graduated from Manitowoc High School in 1940, and went on to earn her Bachelor's Degree in International Relations from the University of Wisconsin Madison in 1945 where she was a member of the Honor Society of PHI KAPPA PHI. She dreamed of being an ambassador and was offered a position in 1945 with the newly formed United Nations in New York City, but chose instead to pursue what she felt to be an even more important position – that of wife and mother. She married her high school sweet-heart, Laurence Watson Reynolds Jr. on January 9, 1946. Larry passed away September 3, 1999 but her devotion and love for him continued.

Throughout her life, Gretchen pursued knowledge, remaining widely read in all areas, but especially in politics and international affairs. She had a great love of books and reading which was evident up until the end. She found great comfort in being surrounded by her books. She was a great poet and over the years expressed her love for people and life through her prose.

Gretchen spent her early childhood years visiting family and friends in Ontonagon, Michigan where she met her future husband. After Larry returned from the war they lived in Ann Arbor, Michigan where she worked while Larry finished college. After living in Detroit for several years, they moved to Ontonagon and were residents there until Larry passed away.

Gretchen was active in the community of Ontonagon, serving on the Library Board, PTA and the Ontonagon Historical Society. She was also an active member of The Church of the Ascension where they attended for many years and later the Assembly of God Church prior to leaving Ontonagon.

Gretchen was afflicted with severe Rheumatoid Arthritis at age 17. Although she was in constant pain, you would rarely, if ever, hear her complain. Her strong faith and generous and compassionate spirit was a testimony to those how knew her. She loved her Lord and never doubted where she would spend eternity.

A celebration of Gretchen's life will be held at 11:00 AM on Saturday, April 12, 2014 at Wichmann Funeral Home, Tri County Chapel, 1592 Oneida Street in Menasha, with Pastor Rick Ribble officiating. Interment will be in Riverside cemetery. Family and friends are invited to gather at the funeral home on Saturday morning from 9:00 AM until the time of the service. In lieu of flowers, memorials may be made in Gretchen's name to Alzheimer's Association or Rheumatoid Arthritis foundation.

Gretchen's family would like to extend their gratitude to the entire staff at Heartwood Homes in Appleton for their devoted and compassionate care over the past 5 years, as well as the nurses at Appleton Medical Center, Dr. Turk, Dr. Neal and Dr. Desai for their kind and gentle care and sound advice.