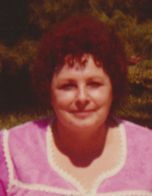 Gretchen R. Schoepke (VanRooy), age 82, of Appleton, joined her Heavenly Father, surrounded by her loving family, at her home on Saturday, April 23, 2016. She was born on August 12, 1933, in Appleton, the daughter of the late Lawrence and Mable (Droske) VanRooy. Gretchen was united in marriage to Donald E. Schoepke on September 19, 1953; he preceded her in death on June 2, 2006.

Spending treasured time with her family was the most important thing in her life. Gretchen loved camping with her family, playing cards with her sisters, and her ceramic group. She also spent many years volunteering helping children read at Richmond Elementary School—she loved reading. Gretchen spent many years working at Bleier's as a waitress and later worked at the Outagamie County Health Center, where she retired as a CNA.

The Funeral Liturgy for Gretchen will be at 11:00 a.m. on Friday, April 29, 2016, at ST. BERNADETTE CATHOLIC CHURCH, 2331 East Lourdes Drive, Appleton, with Fr. Donald Zuleger officiating. Friends may call directly at the church on Friday from 10:00 a.m. until the time of services. The family would like to extend a sincere thank you to that staff of the Third Floor Tower at St. Elizabeth Hospital, the staff of Affinity Hospice and Fr. Jim Vanden Hogen for their loving care. A memorial has been established in Gretchen's name. Online condolences may be offered at www.wichmannfargo.com

Mom, you will forever be in our hearts–your loving family.