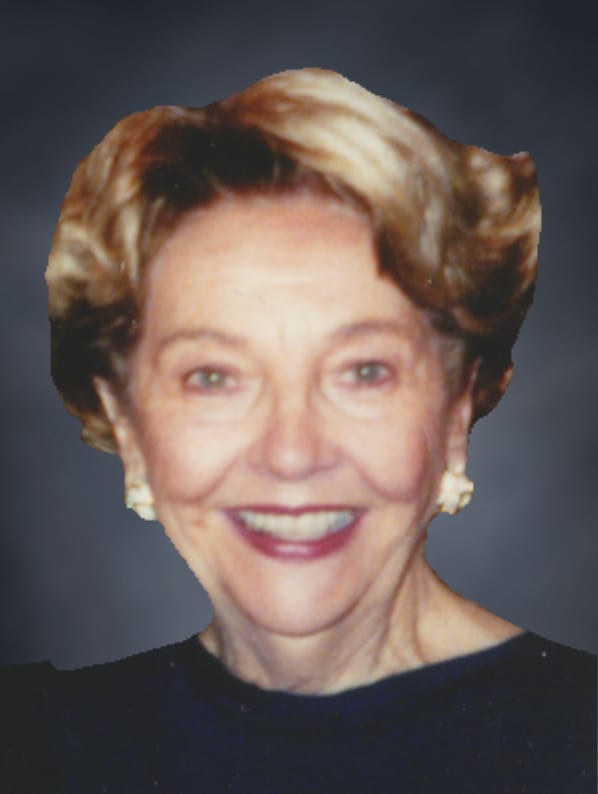 Gretchen E. Heinritz
December 14, 1928 - January 13, 2021
Print
Email
Service
You may view Gretchen's service by clicking here.
Due to current health concerns, the family will hold a private service for Gretchen at 10:30 AM on Tuesday, January 19, 2021.  This service will be livestreamed at this site at that time.

Gretchen Heinritz died peacefully at her home surrounded by family on Jan 13, 2021.  She was born Dec 14 1928 to Lorna and Erwin Esche in Manawa WI.  She and her brother Floyd treasured growing up in an area with plentiful woods and water to enjoy.  This gave her a lifelong appreciation for the simple pleasure of the outdoors.

She graduated from Little Wolf HS in 1945 and then later went on to Milwaukee and attended State Teachers College, and Miss Brown’s College. Afterward, Gretchen took a secretary job at Appleton Coated Paper Co., where she met her husband, Fred(Bud) Heinritz.  She and Bud married in 1949 and had 2 sons; Rick who lives in Madison, WI. and Charlie who lives in Sandy, UT.

She began serving her community early as a member of the Jaycettes, where she met many who would become lifelong friends.  She was a long time member of the Silver Cross Circle of King’s Daughters.  She served as President for St. Elizabeth’s Hospital Auxiliary and sat on the Board of the Community Blood Center for 25 years.  She became a loyal member of St. Joseph’s Catholic Church in 1949.

Mr. and Mrs. Heinritz belonged to Riverview CC for 60 years, and Butte Mort’s CC, where they enjoyed golfing and socializing with the local community.  Gretchen and Bud also belonged the Century Club. She was a member of The Book Club as well as Over the Tea Cups.  She and Fred loved to travel to many parts of the world, taking trips with their family and with the Notre Dame Alumni Group. Gretchen’s favorite pastime was relaxing in the cabin that she and Bud built on their beloved farm along the Little Wolf River.  Her love of the outdoors is further evidenced by the flourishing and beautiful flower gardens she tended to in her spare time. She liked to play bridge with friends and had a passion for reading and poems.  Gretchen also had a great love for fashion as well as antiquing and art.

Gretchen is survived by Rick, Charlie (Karen), and grandchildren Dan (Tracy), Laura (Kevin), and Molly (Kwame).  Any donations can be made to Saint Joseph’s Catholic Church in Appleton, WI.

Due to current health concerns, the family will hold a private service for Gretchen at 10:30 AM on Tuesday, January 19, 2021.  This service will be livestreamed at this site at that time.  She will be laid to rest with Bud at St. Joseph Cemetery.

Service
Due to current health concerns, the family will hold a private service for Gretchen at 10:30 AM on Tuesday, January 19, 2021.  This service will be livestreamed at this site at that time.
Charity
Donate Now