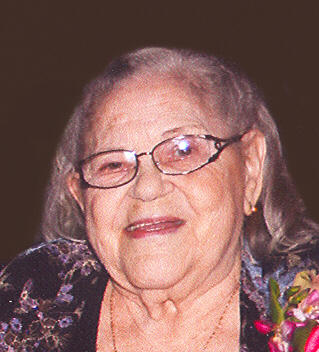 Gretchen Biese, age 84, passed away peacefully on Friday, October 15, 2010 at Parkside Care Center in Little Chute. Gretchen was born in Combined Locks on October 31, 1925, daughter of the late Nicholas and Agnes (Yingling) Lom one of the founding families of the Village of Combined Locks. She was a 1943 graduate of St. John High School in Little Chute, and on April 11, 1953, she married Robert H. Biese in Combined Locks. Gretchen enjoyed flower gardening, baking, cooking, knitting, crocheting, shopping, and spending time with her grandchildren and extended family. Gretchen was a faithful and lifelong member of St. Paul Catholic Church in Combined Locks. In her younger years, she was employed for fifteen years at Kimberly – Clark in the Research and Development Department, before leaving to raise her family. She also enjoyed bowling, camping, vacationing at Roberts Lake, and baking lamb cakes for special occasions at the church.

The funeral liturgy for Gretchen will be held at 5:00 PM on Monday, October 18, 2010 at ST. PAUL CATHOLIC CHURCH, 410 E. Wallace Street in Combined Locks with Fr. Robert Vandenberg officiating. Interment will be in the parish cemetery. Friends may call directly at the church on Monday afternoon from 2:00 PM until the time of the service.

The family would like to extend their thanks to the Care Ministers from St. Paul Parish, her newfound and special friends at Parkside Care Center in Little Chute, as well as to the Heartland Hospice caregivers for their exceptional love and care they showed to Gretchen during her illness.