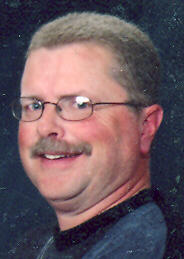 Gregory M. Lorenzen of Menasha, age 50, passed away on Sunday, March 7, 2010 after a courageous battle with cancer. He married his soul mate and best friend of 26 years, Karen, on July 30, 1983 and had two beautiful daughters, Christina (Josh), age 24, and Brittany, age 22. Greg's passions were his girls and traveling. He always wanted to go on new adventures and truly believed in living life to the fullest.

He will be remembered for his uncanny ability to charm his way into people's hearts through laughter. Greg will be sorely missed by all who had the pleasure of knowing him.

A Memorial Service for Greg will be held at 1:00 p.m. on Saturday, March 13, 2010 at the Wichmann Funeral Home, Tri-County Chapel with Chaplain Jim Frank officiating. Friends will be received at the funeral home from 11:00 a.m. until the time of service.

In lieu of flowers, a memorial fund has been established in Greg's name.