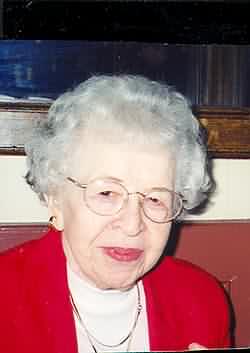 Graciela was born and raised in Chile. After finishing her secondary school in Concepci√≥n, she continued her education at the University of Concepci√≥n, graduating with a degree in Educational Psychology. She was elected Guidance Teacher at the Schools of Valparaiso, Chile and later promoted to Professor at a Teacher‚Äôs College in Santiago, Chile.

In 1949, Graciela came to the United States on a scholarship awarded to her by the Institute of International Education of New York. She did post-graduate study at the University of Illinois where she earned a Master‚Äôs degree in Educational Psychology.

Later, she studied at the University of Iowa, in Iowa City where she received a Master‚Äôs Degree and a Doctorate in Spanish. While working on her graduate studies, Graciela became an instructor at the University of Iowa supervising the graduate assistants who were native speakers of Spanish. She also taught a range of graduate courses at the university. In 1958, her degrees completed, she was hired by Ohio University in Athens, Ohio, to teach Spanish and Spanish American Literature. She taught there until 1960.

On August 20, 1960, Graciela married John J. Alfieri, professor of Spanish at Lawrence University in Appleton, Wisconsin. After her marriage, she was a lecturer in Spanish at Lawrence where she taught from 1961 until her retirement in 1979. While at Lawrence, she was director of the Lawrence Spanish Seminar in Madrid in 1969, the year the program began. She also served as an instructor in the Madrid program in 1976.

Graciela and her husband John performed research on colloquialisms and the style this linguistic feature brought to the Spanish writings of B√©nito P√©rez Gald√≥s, a prominent Spanish novelist. In her studies, Dr. Alfieri compared Gald√≥s‚Äô style with the language of several of his contemporaries. She also published articles on this topic as it relates to other nineteenth century novelists.

She was preceded in death by her husband John who passed away on March 9, 2003.

She is survived by a niece (Dora Andrade) in Santiago, Chile, a niece (Ana Adolphen) in Brunsb√ºttel, Germany, and a niece (Teresa Saporta) and two nephews (David and Victor Saporta) in Seattle, Washington.

The funeral liturgy for Graciela will be held on Monday November 14, 2005 at 10:30 AM at ST. JOSEPH CATHOLIC CHURCH 410 W. Lawrence St. with Fr. Larry Abler officiating. Friends may call at the church from 9:30 AM until the time of the service. Entombment will be in Highland Memorial Park.

In lieu of flowers, contributions to the fund for the John and Graciela Alfieri Scholarship in Spanish at Lawrence University are encouraged.