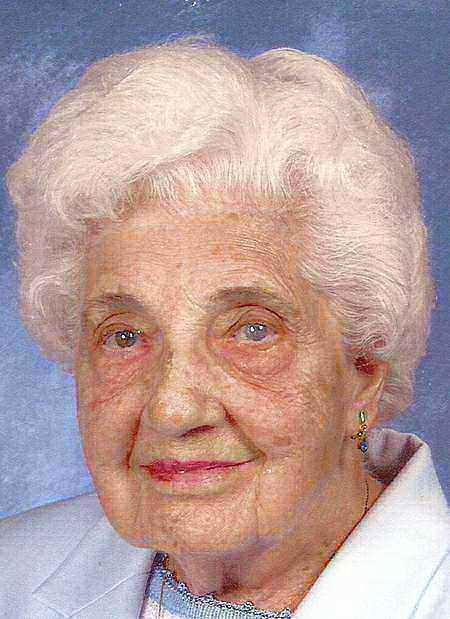 Grace V. Nelson, age 93, of Appleton, died Wednesday afternoon, March 7, 2007, following a long illness. She was born September 16, 1913, to the late William and Sena (Christiansen) Neabling, in Neenah and was an area resident all of her life. Grace had been employed by Kimberly-Clark Corporation. She married Howard A. Nelson August 30, 1934; he preceded her in death May 22, 2002. Grace enjoyed fishing, gardening and coin collecting. She was a member of Trinity Lutheran Church. She is survived by two sons, H. Jim (Jean) Nelson, Tucson, AZ; Bill J. (Minnie) Nelson, Little Chute; six grandchildren, James C. Nelson, Jeremy S. Nelson, John J. (Kelly) Nelson, Bryan J. Hill, Billie H. (Jason) Nackers, Joel P. (Wendy) Nelson; seven great grandchildren, Maria, Emily, Nathan, Matthew, Megan, Chase and John; a brother William Neabling, Neenah; a sister-in-law, Yvonne Nelson, Appleton; a nephew Bob (Marian) Larson, Kaukauna. She was preceded in death by two half-brothers, Howard Larson and Maurice Larson and a sister, Mildred Neabling. Funeral services for Grace will be held at TRINITY LUTHERAN CHURCH, 209 South Allen Street, at 11:00 am, Friday, March 9, 2007 with Reverend Kurt Kovanen officiating. Burial will be in Oakhill Cemetery, Neenah. Friends may call at the church from 9:00 am, Friday, until the time of the service. Memorial funds have been established for the American Cancer Society and the American Heart Association.

The family would like to express their gratitude to Dr. Timothy Wycoff and to the staff of Rennes Health Care Center, for their loving care and support.