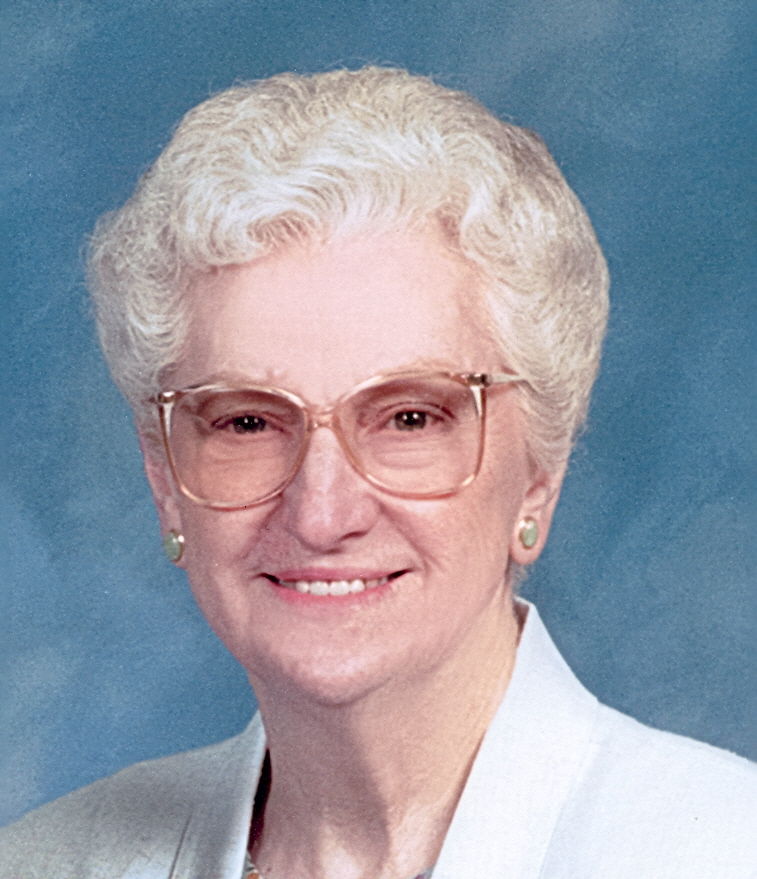 Grace De Bruin, age 87 passed away at Grand Horizons in Kimberly on January 26, 2013. Grace was born in the town of Freedom on December 3, 1925, daughter of the late Martin and Catherine (Diedrich) Van Schindel. On July 28, 1945, she married Carl De Bruin at St. John Catholic Church in Little Chute; he preceded her in death in 2010 after sixty-four wonderful years together. In her early years, Grace was self-employed as a seamstress. Her specialty was bridal gowns and bridesmaid dresses. She will be remembered as a faithful volunteer for Meals on Wheels, belonged to the Afternoon Homemakers' Club, the Fox Valley Spinning Guild, served as the den mother for three different Boy Scout Troops, and was instrumental in starting the Reach for Recovery Program in Outagamie County where she served for twenty years. Grace was a very creative woman, as everyone recognized from her baking, spinning, quilting, sewing, and egg art. She and Carl were longtime and faithful members of Holy Cross Church in Kaukauna. There, Grace was a member and Past President of the Christian Mothers' Association and volunteered as a lector and Eucharistic minister. She also enjoyed bowling and golf in her younger years.

The funeral liturgy for Grace will be held at 11:00 AM on Friday, February 1, 2013 at Holy Cross Catholic Church, 309 Desnoyer Street in Kaukauna. Fr. Thomas Pomeroy will officiate. Friends may call directly at the church on Friday morning from 9:30 AM until the hour of the mass.

Grace's family would like to extend their special thanks to the staff at Grand Horizons in Kimberly as well as to everyone at ThedaCare At Home Hospice. We will never forget the kindness you have shown to our family.