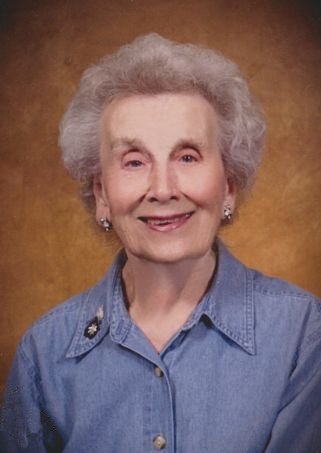 Grace was born on June 21, 1921 to Clarence and Ethel (Jones) Haskins. She worked at Fort Howard in DePere before leaving to start her family. On June 6, 1946 she married Leo H. Verhagen after his honorable discharge from the Navy. Together they had three children; Leo James, Dianne and Donna. She was a loving mother, grandmother and great-grandmother. Grace served on the board of the Midwest Association of the Blind and the Wisconsin Council of the Blind where she also served as president. Although she was blind, Grace bowled and crocheted many items which she shared with her family and friends. She was a very active and independent person which was extremely important to her. She enjoyed listening to talking books and attended Lions camp every summer where she made many close friends and participated in a variety of activities. She also took bus trips throughout the country with her blind friends and was an avid sports fan, especially enjoying the Packers, Brewers, and Badgers. She was called Amazing Grace by everyone who knew her because she was an inspiration to every heart that she touched. Family was the most important part of Grace's life and the time spent with her will always be treasured. When she was at St. Joseph Residence, she enjoyed a weekly bible study led by Pastor Linda which was one of her favorite activities. She also participated in bingo by using a card that she had memorized. She was a member of Holy Cross Catholic Church.

The funeral liturgy for Grace will be held on Friday, January 9, 2015 at 11:00 AM at HOLY CROSS CATHOLIC CHURCH, 309 Desnoyer St. Kaukauna with Fr. Tom Pomeroy officiating. A time of visitation will be held on Thursday, January 8, 2015 from 4:00 until 8:00 PM with a time of sharing memories at 7:00 PM at the Fargo Funeral Home and on Friday from 10:00 AM until the time of the mass at church. Online condolences may be expressed at www.wichmannfargo.com.

The family would like to thank special friends Vi Pomeroy, Petie Delahunt and Rosemary Derricks for all the help throughout the years. They very much appreciated the staff and caregivers at St. Joseph Residence who cared so well for mom during her time with them.