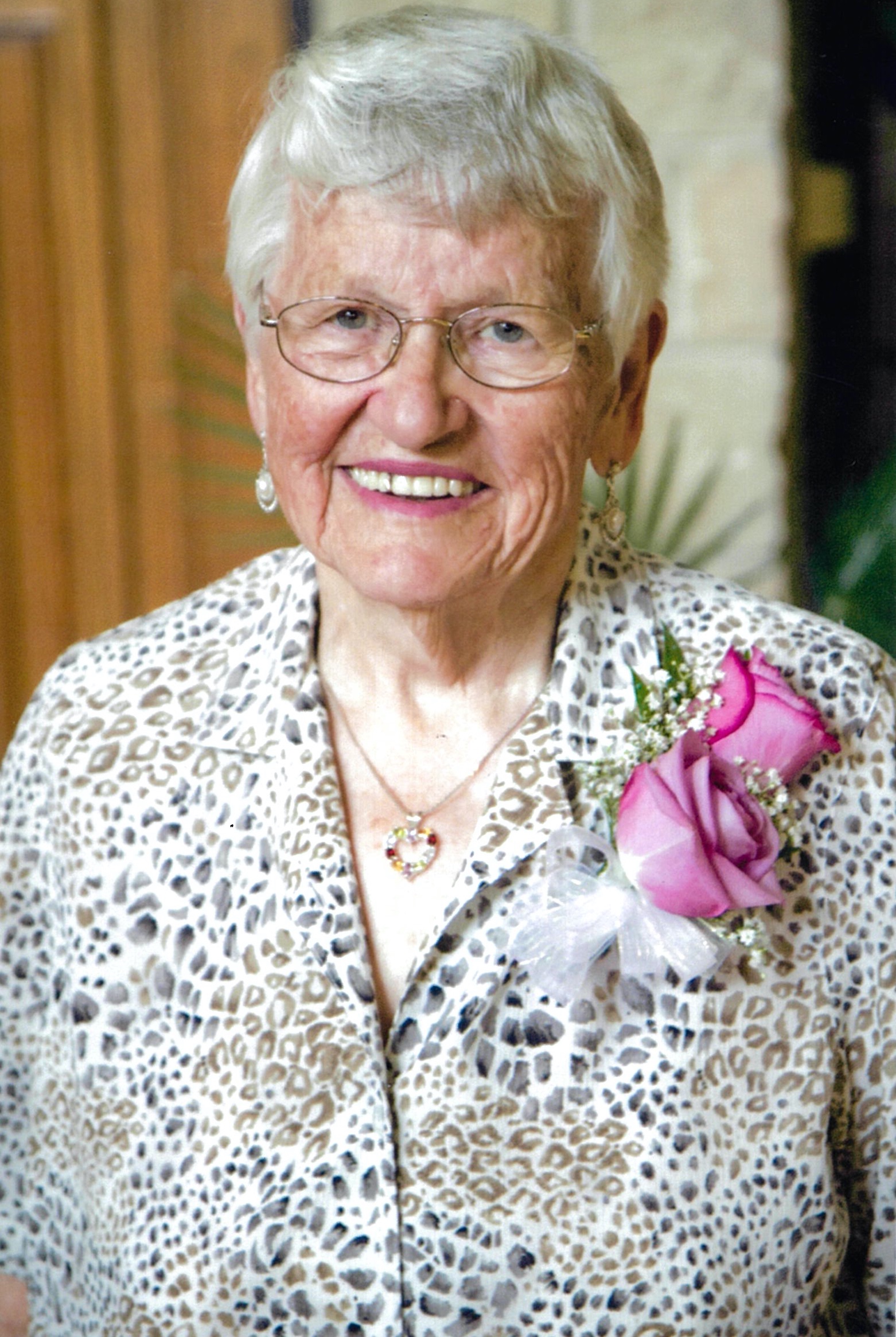 Grace Elizabeth Burmeister-Frei, age 98, passed away Saturday May 23rd, 2020 at Heartwood Homes Senior Living in Appleton.  She was born October 8, 1921 in rural Bayfield, Wisconsin to Frank & Ida (Scheer) Heller.  At the age of 7 her family moved to Appleton Wisconsin.

Grace graduated from Appleton High School (now Appleton West) in their first graduating class of 1939.  She worked for many years at Appleton Memorial Hospital and Appleton Extended Care Center before retiring in 1986.  She loved to travel and visit friends throughout the country.  She lived life to the fullest, and enjoyed quilting,  gardening, fishing, and swimming.

Grace was an active member of the American Legion Post 38 Auxiliary and was also a life-time member and past president of the VFW Post 2776 Auxiliary.  She also had a strong faith and was a member of Prince of Peace Lutheran Church in Appleton and Zion Lutheran in Fairwater.

She was preceded in death by her husband Robert Burmeister, husband Fritz Frei, her parents Frank and Ida (Scheer) Heller, her son Norman Burmeister, an infant son and infant daughter, a sister and brother in law Gladys & Richard La Berge, and Fritz’s son and daughter in law, Ralph & Caroline Frei.

Due to the current COVID-19 environment, a private funeral service will be held followed by burial at Highland Memorial Park. In lieu of flowers, memorials may be directed to Prince of Peace Lutheran Church in Grace’s honor.

The family would like to thank the caring staff at Heartwood Homes and ThedaCare Hospice, as well as Prince of Peace Lutheran Church for the loving support they gave her.