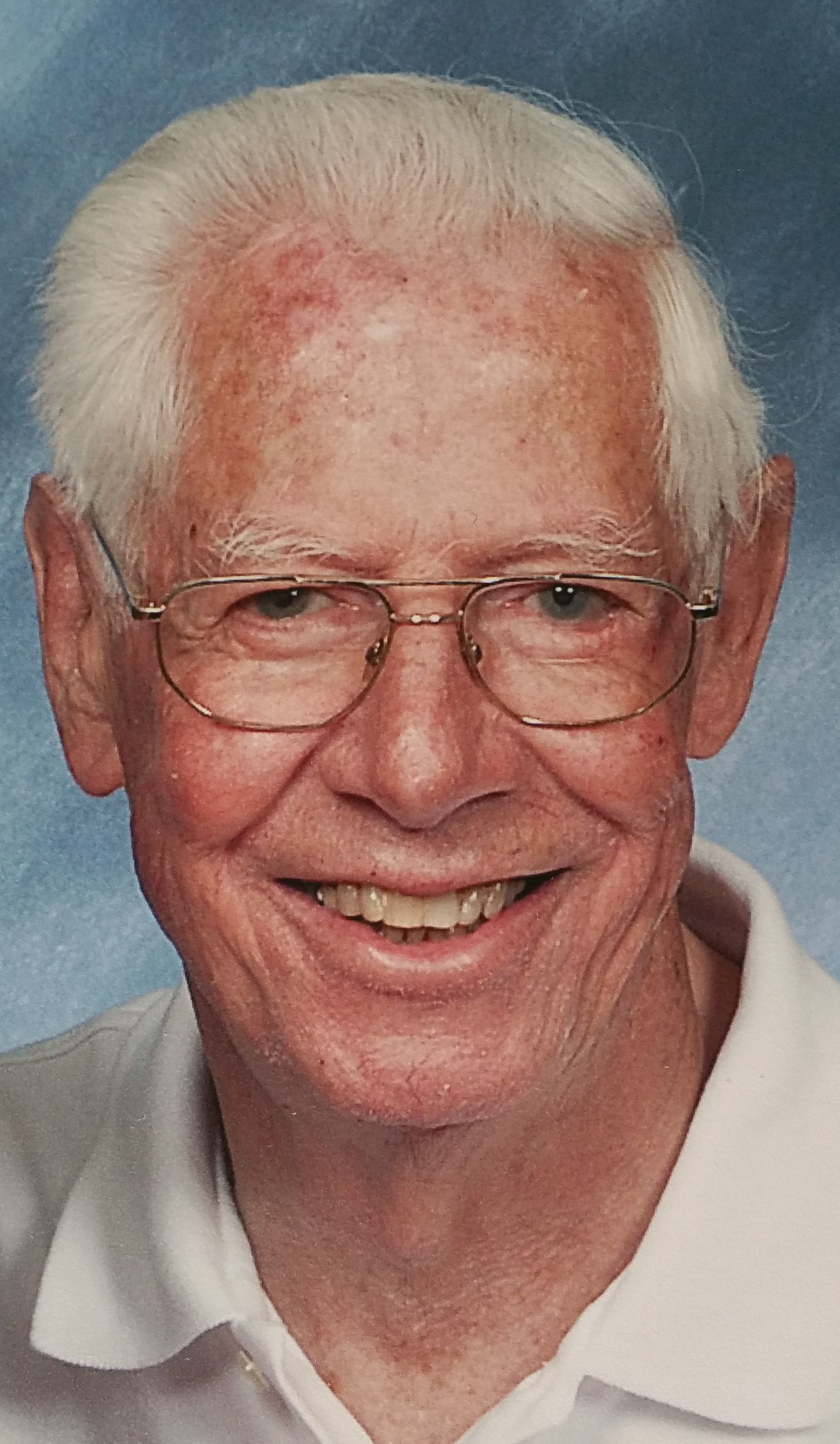 Gordon Robert Meulemans, 91 years, of Combined Locks passed away July 28, 2016 at ThedaCare Hospice Center. He was born on June 20, 1925 in Wrightstown. Gordon grew up on a farm near Wrightstown losing his parents at a young age, then living with relatives and his uncle Charles Meulemans through High School. Gordon joined the Navy after graduation from Little Chute High School in 1943. Serving as a radioman 2nd class he was on the destroyer picket line at Okinawa where he experienced kamikaze attacks. He was also in the battle of the Philippine Sea at Leyte Gulf and near the USS Franklin's fight in the Sea of Japan. In his eighties he attended the Navy's Atlantic fleet conference with his son at Newport News, VA. He served both in WWII and Korea and was a lifetime member of the VFW Post 2778 in Appleton.

He retired from Land O Lakes as an area supervisor in the LP gas division. By the mid 1960's his cars were modified running on both gasoline and propane gas. He enjoyed the many people he worked with both in Wisconsin and Minnesota and continued to visit many of them long after he retired.

Gordon and Priscilla wintered for 28 years at the La Fuente in Yuma, Arizona, making many close friends who stayed in touch over the years. They enjoyed the dinner get togethers and “social hours” and each season looked forward to renewing friendships at their “home away from home”. Gordon drove there until he was 89. This April he returned from Yuma and at 90 flew on his own.

His greatest joy was the time he spent with his grandsons Matthew and Graham. Both have many cherished memories of the time spent with them.

He is survived by his son Keith (Susan) Meulemans of Green Bay, two grandsons Matthew of Nashville, Tennessee, Graham (Bobbi) of Minneapolis, Minnesota and sister Isabel Sheleski of Appleton, Wisconsin. Further survived by nieces, nephews, other relatives and friends. He was preceded in death by his parents Evarist and Rose Meulemans, his wife of 68 years Priscilla (in January) and his brothers Joseph and Bernard “Buddy”.

A Funeral Service for Gordon will be held on Monday, August 1, 2016 at 11 am at Jansen-Fargo Funeral Home, 204 Kimberly Ave., Kimberly. Private inurnment at a later date. Family and friends may visit from 9 am until time of Service.

Gordon's family wants to specifically thank the families of Jerry and Rosemary Kamps, Therea Lamers, Don Reitzner and a very special thanks to his niece Linda Reitzner for all their care and help. The family of Gordon Meulemans wants to recognize the ThedaCare Hospice Residence at Heritage Manor. It was only nine days, but it was nine days of world class care.