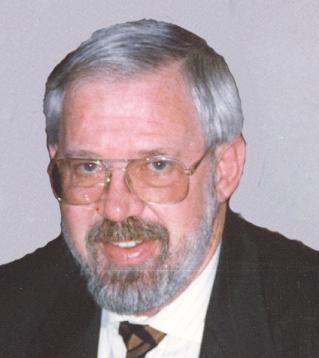 Age 63, died Tuesday morning, February 17, 2004, at Shawano Medical Center. He was born December 29, 1940, to Phillip and Mildred (Sundean) Anderson, in Dixon, IL, grew up in Rockford, IL and had been a Green Bay resident until 1972, at which time he moved to Appleton. Gordon was owner of Metals Engineering, a heat treating plant, while living in Green Bay and Appleton. Gordon was an avid bass fisherman, enjoyed golfing, was a Packer fan and enjoyed spending time at his cottage near Crivitz on Thunder Lake. He was a member of First Congregational United Church of Christ. Survivors include his wife Marian R. (Stiller) Anderson, to whom he had been married for 39 years; a daughter, Chris Anderson, Green Bay; a son and daughter-in-law, Brian and Barb Anderson, Madison; two grandsons, Reed and Jacob Anderson; his mother, Mildred (Sundean) Anderson, Rockford, IL; a brother and sister-in-law, Gary and Tressa Anderson, Rockford, IL. He was preceded in death by his father, Phillip Anderson. Funeral services for Gordon will be held at 11:00 am, Saturday, APRIL 17, 2004, at FIRST CONGREGATIONAL UNITED CHURCH OF CHRIST, 724 East South River Street, with Reverend John McFadden and Reverend Jane Weeden officiating. Friends may call at the church on Saturday, April 17, 2004, from 10:00 am, until the time of the service. In lieu of flowers, "GORDY'S FUND", is being established at Maple Lane Health Care Center, Shawano, Wisconsin, to assist other patients with special needs and simple joys. Contributions may be sent to the Wichmann Funeral Home, Tri County Chapel.

The family would like to thank the staff of Maple Lane Health Care Center, where Gordon was a resident for three years, for their loving care and support.