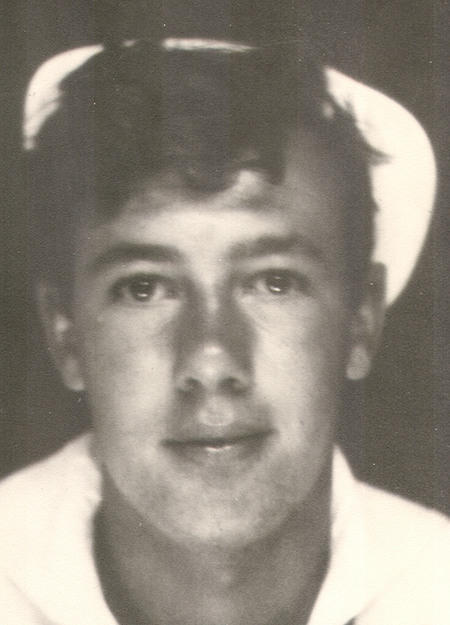 Gordon L. Peters, age 81, of Appleton, passed away unexpectedly, Tuesday afternoon, May 5, 2009. He was born November 15, 1927, to the late Ludwig “Louis” and Kathryn (Bosch) Peters, in Appleton, where he was a resident all of his life. Gordy served with the U. S. Navy during WW II, in the Pacific Theatre aboard the USS Phaeon, Hector and ARD-15. He was a life member and three-time commander of Grand Chute VFW Post #8642 and a member of the Appleton American Legion Post #38. Gordy was very involved in the VFW and veteran's affairs, their poppy sales and cherished his friendships with his comrades. He was a manufacturing engineer with Appleton Mills where he was employed for 44 years. Gordy enjoyed the outdoors his entire life and loved hunting, fishing and gardening, along with a lifelong interest in antique tractors and farm machinery. He was a charter member of St. Pius X Catholic Church and the Appleton Mills Quarter Century Club. Family meant everything to Gordy and he was very proud of his two daughters, Kathleen Schommer and Ardyce Peters, his son-in-law, Michael Schommer, his only grandchild, Sara (Neil) Brandon and his two great granddaughters, Athena and Ella. He is further survived by a sister-in-law, Janet Halverson; three brothers-in-law, Allen “Tony” (Joyce) Vogel, William (Marliese) Vogel, Pat Forni; special friend and caregiver, Cathy Clark; special friend, Mary Vij; special neighbors and friends, Phil and Regina Zuleger; his special friends on Lake Poygan; nieces, nephews, other relatives and friends. He was preceded in death by his wife, Marianne E. Peters, April 25, 2009, and two sisters, Ardyce (Tom) Peterman and Lois Forni. The funeral liturgy for Gordon will be held at 11:30 am, Friday, May 8, 2009 at ST. PIUS X CATHOLIC CHURCH, 500 West Marquette Street, with Father Thomas J. Farrell officiating. Innichement will be in Appleton Highland Memorial Park. Friends may call at the church on Friday from 10:30 am, until the time of the Mass. In lieu of flowers a memorial fund is being established for Grand Chute VFW Post #8642, c/o Commander Rollie Captain, 2405 West Capitol Drive, Appleton, WI 54914.