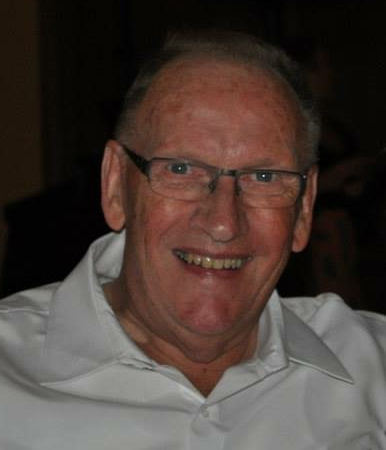 Gordon “Gordy” Frank Heisel, age 75, of Kaukauna, passed away unexpectedly on August 18, 2015. Gordy was born on February 4, 1940 in Brillion, Wisconsin, son of the late Rudolph and Marcella (Tamm) Heisel. He graduated from Appleton West High School in 1958. On September 31, 1961, Gordy married Geraldine Kropidlowski. They shared several years of marriage before her passing in 1976. Gordy was blessed to find love again when he married Jeri Wihelmi on his birthday in 1978. Gordy was dedicated and hardworking. He worked in route sales for Coca Cola, Frito-Lay and Inter State Bakery, as well as delivering papers for the Post Crescent for over 40 years. In his retirement, he enjoyed driving taxi for the Fox Valley Cab.
Gordy enjoyed reading, family history, Sudoku, and was an avid Packers and Brewers fan. He had a great memory and a passion for story and joke telling. Above all, he cherished the time he spent with his family.
Gordy is survived by his loving wife of 37 years: Jeri Heisel; their daughter: Heidi (Chris) Thomsen; Gordy and Geraldine's daughters: Sue (Jeff) Martin and Connie Palm; and Jeri's children: Teri (George) Whitman and Rory (Megan) Burton. He is further survived by grandchildren: Jack and Lily Thomsen, Carrie (Andrew) Schultz, Greg Martin, Alicia (Paul) Palm McCann, Cody Palm, Katie (David) Spielbaur, Kayla , and Finleigh, Hudson Burton; and great grandchildren: Lincoln and Vera McCann. Gordy will also be missed by many nieces, nephews, other relatives and friends. He was preceded in death by his parents, first wife Geraldine and his sister Caroline Hoh.
The funeral service for Gordy will be held at 11:00 a.m. on Saturday, August 22, 2015, at the WICHMANN FUNERAL HOME TRI-COUNTY CHAPEL (1592 Oneida St. Menasha) with Pastor Mike Novotny officiating. Friends may visit the funeral home from 9:00 a.m. until the time of service. Online condolences may be expressed at www.wichmannfargo.com.