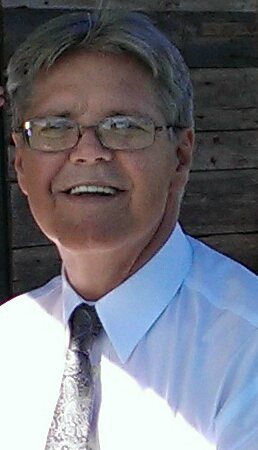 Gordon F. Bates, 64 years, passed away surrounded by his loving family at his residence in Appleton on September 4, 2016. Gordy was born to Donald G. And Lucille H. Bates (Anderson) on September 23, 1951 in Charles City, Iowa. He was in the Class of 1971 at Chilton High School when he enlisted into the US Army during the Vietnam War. He dutifully served his country and returned to the Fox Valley. Gordy loved working in used car sales and was a proud owner of Bates Auto Sales then later Budget Auto Sales. Gordy loved flying having grown up with a runway in his back yard. He flew his Tripacer single engine plane and was involved in the EAA fly-ins for many years. He reached out to those in need and sought to help recovering alcoholics in prison, through meetings and mutual friends. He was a sponsor and mentor to many of those who sought his advice. Gordy also had a collection of antiques and toys he was happy to tell the story of. He enjoyed travelling anywhere on his Harley and knew all the words to every John Prine song. This past Labor Day Weekend it was Gordy and Erin's anniversary of when they first met and fell in love 19 years ago. On December 26, 1997 at Medina Wedding Chapel in Dale, WI Gordy and Erin (McCoy) were married.

A Memorial Service for Gordy will be held on Saturday September 10, 2016 at 11 am at Wichmann-Fargo Tri-County Chapel, 1592 Oneida St., Menasha. Therese Nemec will preside. Gordy's urn will be placed in St. Luke Cemetery, Chilton. Family and friends may share memories of Gordy following the service.

In lieu of flowers memorials can be made in Gordy's name to Nova Services, Inc., Oshkosh or Mooring Halfway House, Appleton.

Special thanks to all of Gordy's family and friends for their support throughout his life and especially during his illness. Thank you also to the staff at Fox Valley Oncology and Hematology, and Heartland Hospice care team for their loving care of Gordy during his treatment. Gordy was loved by many and had a very positive influence with his children and friends.

“If I had a penny for every thought of you, I'd be a millionaire before the day is through” (song words by Marissa Tucker)

~We will miss you dearly Gordy~