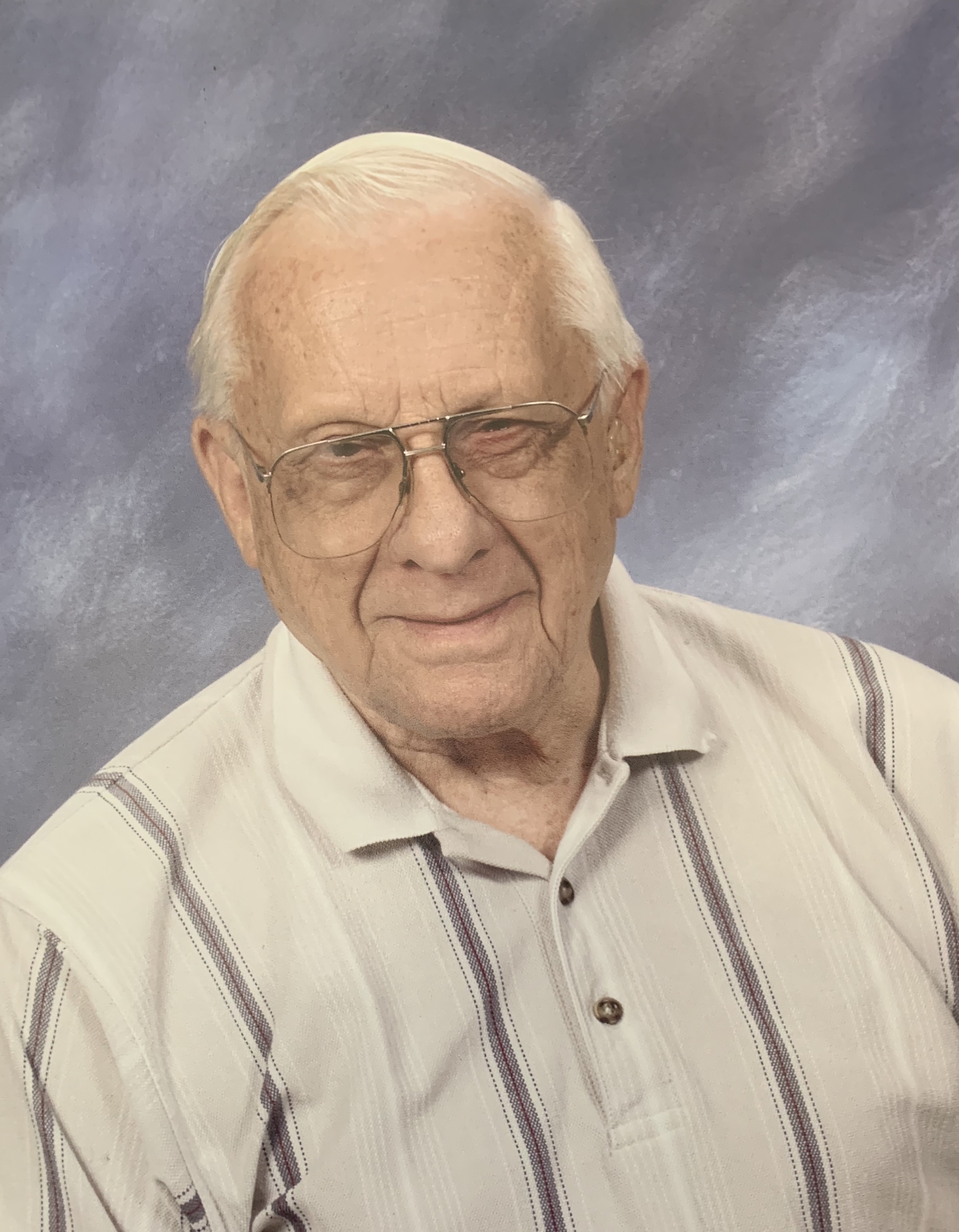 Gordon “Gordy” C. Meier, age 97, passed away on Wednesday, March 4, 2020. He was born in Menasha, son of the late Carl and Jennie (Cheslock) Meier. Gordon proudly served his country in the US Army until his honorable discharge in 1944. He married Katherine Wade on April 11, 1943 in St. Louis, Missouri. The two moved to Menasha shortly after they were wed, and Gordon began his career at George Banta Printing where he worked for over 40 years until his retirement. Gordon was a member at St. Mary Catholic Church in Menasha where he and Kay spent countless hours volunteering. He enjoyed crossword puzzles, sudokus and playing checkers with his grandchildren.

The funeral liturgy for Gordon will be held at 11:30 AM on Tuesday, March 10, 2020 at St. Mary Catholic Church in Menasha (528 Second St., Menasha) with Rev. Paul Paider officiating. Visitation will be held from 10:00 AM until the time of service. In lieu of flowers a memorial is being established.