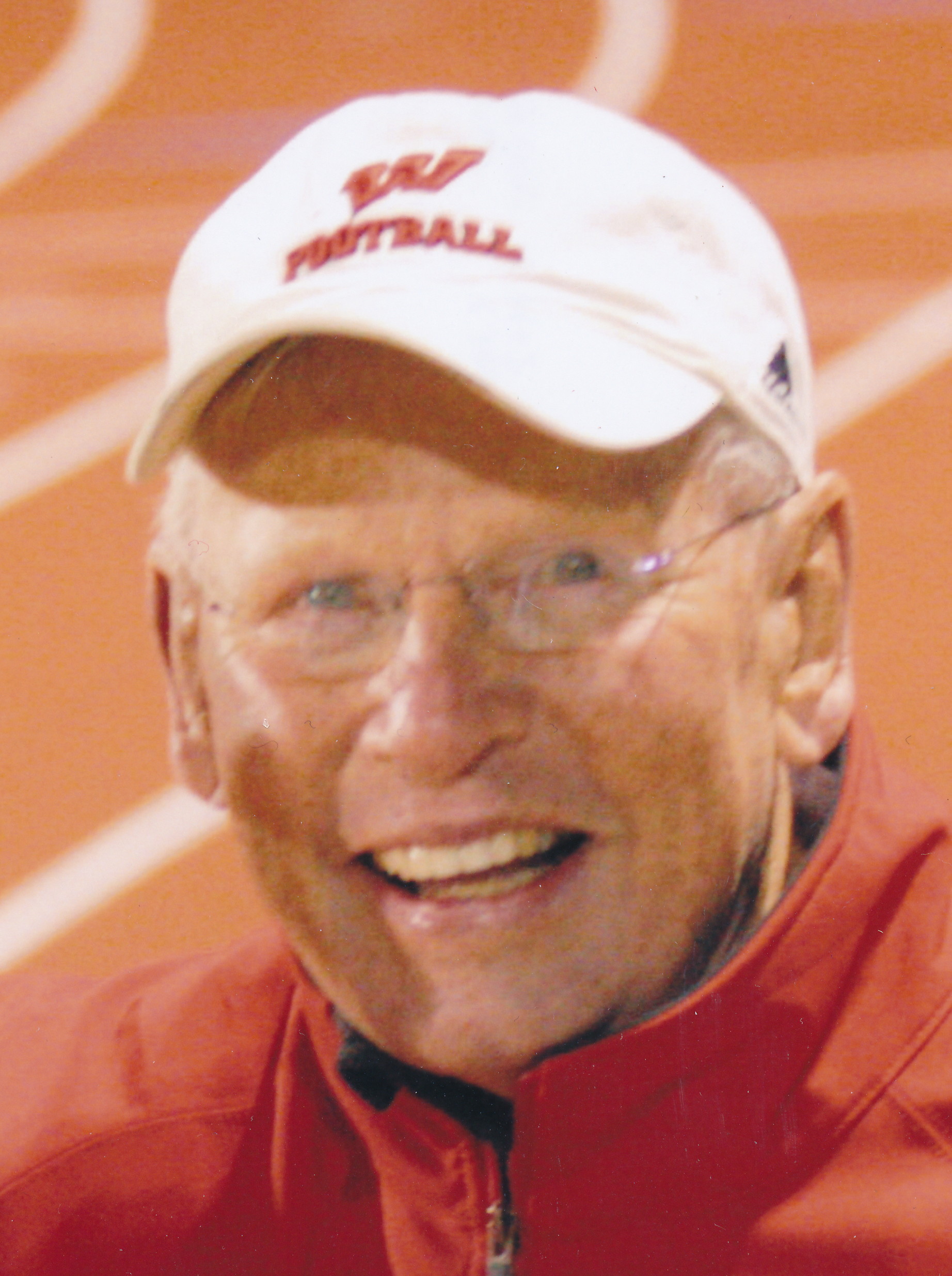 Gordon DeLancey Jeppson, age 76, of Appleton, Wisconsin, transitioned from this life on April 10, 2014, with his wife by his side. Gordy was born February 8, 1938 in Fergus Falls, Minnesota to DeLancey and Marlys Jeppson and was the eldest of seven siblings. His core values were rooted in his Christian faith and incubated while being raised on a small farm near Wendell, Minnesota.

Gordy graduated from Elbow Lake High School in 1956 and Concordia College in Moorhead, Minnesota in 1960. During high school and college he participated in many sports which led him to becoming a high school teacher and coach first in Twin Valley and then Hawley, Minnesota. He obtained his Master of Science degree from South Dakota State University in 1964. This was followed by teaching and coaching at the College of Wooster in Wooster, Ohio and Wartburg College in Waverly, Iowa. From 1971 to 1972 he was a Graduate Assistant at The Ohio State University, receiving his PhD in 1972. In June, 1973 he became a Program Manager for the American Alliance for Health, Physical Education and Recreation & Dance in Washington, D.C.

In 1978 Gordy became Chairman of the Department of Physical Education and Athletics at Simpson College, Indianola, Iowa. In 1985 he accepted a position with Aid Association for Lutherans and retired from Thrivent Financial in 2009 as Fraternal Director. He served the insurance industry in leadership positions in both the fraternal and commercial segments. He held CLU, ChFC, and LUTCF diplomas and served as president of the Fraternal Field Manager Association.

Gordy married Mary Ann Gisvold on June 24, 1962 in Wahpeton, North Dakota in a ceremony performed by her father. During this happy union of 51 years they raised three sons: Eric Alan born in 1964, Dain Fredrick, born in 1966, and Rolf Peter, born in 1970. Gordy and Mary devoted their lives to nurturing and developing their family. Gordy was the ultimate family man showering love on his sons, their spouses, the grandchildren and many nieces and nephews. Any athletic event involving family would find Gordy leading the cheering; mostly after many miles of driving. He was always proud of the effort no matter the results. For over 25 years, Gordy, with Mary, shared daily living with Rolf in an exemplary way consistent as both a parent and “best friend.”
As they moved around the country, Gordy and Mary developed and established great friendships wherever they resided and worked, and have continued these associations until this day.

Gordy's strengths included his ability to connect with everyone he met. He was an excellent listener, which empowered those around him, resulting in a talent of accepting, encouraging and helping others at any stage of their lives. During his early career, this involved mentoring young student athletes and was later manifested in his skills in working with Thrivent's field managers across the United States.

With a strong Christian faith Gordy had a positive outlook regardless of the situation. As a high school student he took the reins in running the family farm when his father had a serious accident that left him unable to farm for most of one year. He loved his Lord, cherished his faith, and was an active member of a church wherever they were. He was a past president of First English Lutheran Church in Appleton. He loved and remained very active in his Friday morning men's bible study.

Gordy had many interests which included: self-improvement, exercising (Yoga), gardening (hostas), the Wisconsin Badgers, reading, travel, antiques and flea markets, board games, movies, Broadway shows and sports – his true passion. Working his garden and yard was his way of relaxing and he freely shared plants from his “hosta farm.” His love of sports found him with abundant tickets which he enjoyed sharing with grandkids on trips to major games and stadiums; geography was no barrier.

He loved spending winters in Arizona, and tending to his cactus farm, when there, it was “open-house,” for family and friends. During football bowl season and basketball March Madness there would be multiple games throughout the Jeppson household. The proximity to Arizona State University allowed Gordy to watch college sports whenever he chose.

He was preceded in death by his parents: DeLancey and Marlys Jeppson of Elbow Lake, Minnesota; Mary's parents: Porter and Marion Gisvold of Moorhead, Minnesota; and brothers-in-law: Don Holen of Wahpeton and Arthur Ingram of Los Altos.

Gordy was very proud of his Scandinavian heritage and all that it entailed. He will be missed for his great sense of humor and beautiful gentle soul. His eternal optimism was an inspiration to behold.

A service celebrating Gordy's life will be held at 11:00 AM on Monday, April 14, 2014 at First English Lutheran Church, 326 E. North Street in Appleton, with Rev. Jeff Tengesdal officiating. Family and friends are invited to gather on Sunday afternoon, April 13, from 3:00 PM until 5:00 PM at the Wichmann Funeral Home, 537 N. Superior Street in Appleton, and again Monday at the church from 10:00 AM until the time of the service. Online condolences may be offered at wichmannfargo.com

In lieu of flowers a memorial fund has been established at First English Lutheran Church to help students attend private Lutheran Colleges.

“I have fought the good fight, I have finished the race, I have kept the faith.” 2 Timothy 4:7