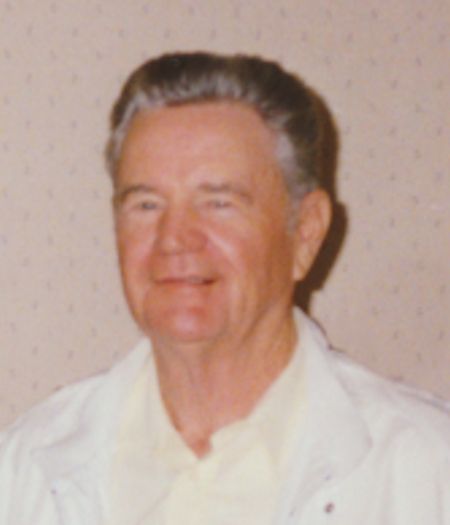 Gordy Henrikson, age 95 of Appleton, passed peacefully at Brewster Village on February 7, 2019. He was born in Superior, Wisconsin, son of Norwegian immigrant parents, on December 10, 1923. He turned 18 three days after Pearl Harbor and shortly after enlisted in the Army Air Corps. He was assigned to the 34th Photo Reconnaissance Squadron “Patton’s eyes in the sky”. The 34th was a mobile unit and moved through France during the war, ending up in Germany when the war ended. His unit received two presidential commendations and other citations numbering in the hundreds. Gordy performed many duties including setting up photo labs, transportation and helping to quickly process thousands of reconnaissance photos.

On April 19, 1947, Gordy married Lucille Hunter. Their marriage was blessed with four children, and the couple spent many happy years together until Lucille’s passing in 2013. After Gordy’s military service, he was employed by Wisconsin Bell for nearly forty years. He started in Ashland, climbing poles and installing phones. He worked his way up in several different locations throughout Wisconsin. He ended up in management, at one point being the plant manager in Eau Claire and finally in Appleton in charge of installation and repair. Gordy enjoyed fishing, playing golf, traveling, playing cards, telling stories and “arguing” about current topics with his kids.

He is survived by three children: Lynne (Mike) Kroll of Kimberly, Dave Henrikson of Appleton, and Rick (Dorene) Henrikson of Greenville; a daughter-in-law: Donna Henrikson of Eau Claire; three grandchildren: Tracey Sturgal, Lesley Siemer, and Dan Henrikson; and two-great-grandchildren: Mitchell and Jaymie. He was preceded in death by his parents, his wife Lucille, a son Dan, and a brother Harry.

In keeping with Gordy’s wishes, a private service will be held for the comfort of the family.

The family would like to extend their sincere thanks to everyone at Brewster Village who cared for or became a friend to Gordy. Your love, kindness, and compassion will never be forgotten by our grateful family.