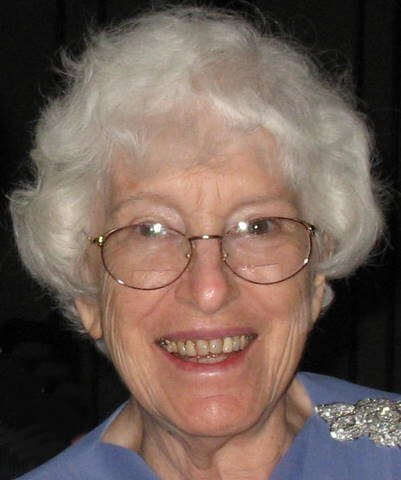 Gloria Ebben, age 89 of Kimberly, passed away somewhat unexpectedly on Tuesday morning, May 16, 2017, at St. Elizabeth Hospital. Gloria was born in Appleton on October 23, 1927, daughter of the late Gilbert and Florence (DeBoth) Strover. Following her 1945 graduation from Appleton High School, she married Anthony Ebben on May 29, 1948; he preceded her in death in 2006. As a young woman, she was employed by the Kaukauna Times, and after her marriage concentrated on raising her family. Gloria was an avid reader, loved to watch the Packers, figure skating, and the Hallmark Movie Channel on television, was a member of the Holy Name Choir, and participated in water aerobics at the YMCA for many years. Because of the disability of her youngest child, Gerard, Gloria became a tireless advocate for the developmentally disabled. Good times were also had boating with the family.

The funeral liturgy for Gloria will be held at 11:00 AM on Saturday, May 20, 2017 at HOLY SPIRIT CATHOLIC CHURCH, 600 E. Kimberly Avenue in Kimberly, with Fr. Robert Kollath officiating. Inurnment will take place later at St. John's Cemetery in Little Chute. Family and friends are invited to gather at the church on Saturday morning from 9:00 AM until the time of the memorial service. For more information or to share a memory of Gloria, please visit www.wichmannfargo.com.