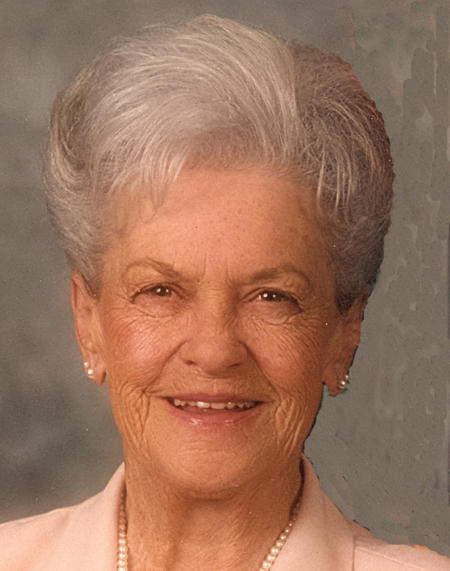 Gloria DeBruin, 84, of Kaukauna, passed away unexpectedly on Thursday, July 15, 2010 at Appleton Medical Center. She was born on January 3, 1926, in Kaukauna, the daughter of the late Albert and Mary (Verhagen) Siebers. On July 26, 1947, Gloria married Frederick DeBruin at Holy Cross Catholic Church. She was a faithful member of Holy Cross Catholic Church. Gloria's home was a gathering place for her many neighbors and friends. Her children, grandchildren and great grandchildren, meant the world to her.

The funeral liturgy for Gloria will be held at 11:00 am on Monday, July 19, 2010 at HOLY CROSS CATHOLIC CHURCH, 309 Desnoyer Street, Kaukauna. Father Tom Pomeroy will be officiating. Burial will take place in the parish cemetery. The visitation will be held on Monday at the church from 9:30 am until the time of mass. In lieu of flowers, a memorial fund has been established in her name.

The family would like to extend a special thanks to Dr. Philip Vogt and all the doctors and nurses in the Intensive Care Unit at Appleton Medical Center and all her long-time neighbors and friends for your care and compassion.