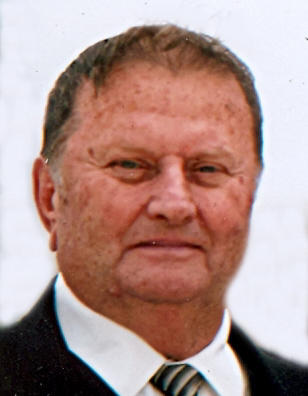 Glenn Weyenberg, age 71, of Little Chute, passed away at St. Paul Home, Kaukauna, on Wednesday, May 25, 2011. Glenn was born on July 16, 1939, in the Town of Vandenbroek, to the late William and Loretta (De Bruin) Weyenberg. He married Joyce Jansen on June 4, 1966, in Little Chute. Glenn was a loving husband, father and grandfather. He was the owner of Weyenberg Builders for many years and later worked for the Kaukauna Area School District, retiring in 2001. Glenn proudly served his country in the United States Navy. He was a former Kaukauna City Alderman, Outagamie County Supervisor and a member of the Kiwanis. Glenn enjoyed hunting and fishing, card playing and gaming, and was a true sports enthusiast. Survivors include his wife of 44 years, Joyce; his children, Lori (Jon) Kuether, Kaukauna; Mark (Karen) Weyenberg, Wrightstown; and John (Jennifer) Weyenberg, Combined Locks; his grandchildren, Sean (fiancee Shawna) Kuether, Matthew and Zachary Kuether, Emily and Allison Weyenberg, and Will and Natalie Weyenberg; his brother, Marvin (Beverly) Weyenberg; his sisters, Joan (Carl) Schumacher, and Joyce Baumann; his sisters-in-law, Charlene Weyenberg, and Jacqueline (Ron) Wegand; his brothers-in-law, James (Nancy) Jansen, Joseph (Pam) Jansen and David Meyer. He was preceded in death by his brother William “Bill” Weyenberg; his in-laws, Edward and Martha Jansen; his brother-in-law, Barry Bauman; and his sister-in-law, Jean Meyer. The Funeral Liturgy will be at 4:00 p.m. on Tuesday, May 31, 2011, at HOLY CROSS CATHOLIC CHURCH, 309 Desnoyer Street, Kaukauna, with Fr. Tom Pomeroy officiating. Friends may call directly at the church on Tuesday from 2:00 p.m. until the time of services. Military Honors will be observed following the services at church. Glenn's family would like to extend a sincere thank you to the staff at St. Paul Home for their loving care.