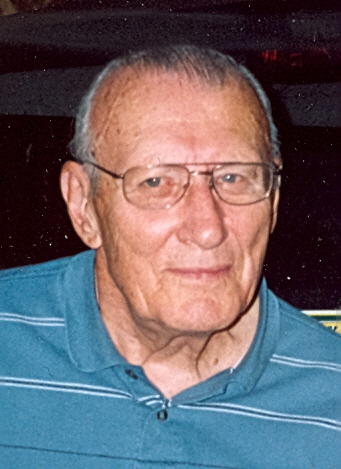 Age 82, passed away at St. Paul Home in Kaukauna on Wednesday, February 1, 2012. He was born into a record-breaking blizzard on April 1, 1929 to the late Carl and Alice (Lannoye) Schiebel. Glenn married Marjorie Berceau in St. Peter & Paul Catholic Church in Green Bay, WI on July 4, 1953.

Glenn entered service in the U.S. Air Force in 1947. He was a teacher by profession and initially taught at Suring High School and then for more than 25 years at Kimberly High School, retiring in June of 1989.

Glenn's family was always his first priority. He always enjoyed the outdoors and was an avid sportsman; his hobbies included trout fishing, hunting and trap shooting, golf and bowling, and of course, the Packers.

Glenn was preceded in death by his parents, brother Lawrence in WWII, and sister, Eileen Schiebel. He is survived by his wife of 58 years, Marge Schiebel; daughter, Lisa Bergling; four sons: Lawrence (Amy), Stephen (Lori), Vincent and William (Elizabeth) Schiebel. Additionally, he is survived by his grandchildren: Christina and Emily Bergling, Leyton, Dalton, Henry, Lewis, George, Paul and Robert Schiebel, and Izaak and Brennan Lauer; brother, Joseph (Molly) Schiebel; as well as numerous brothers and sisters-in-law, nieces and nephews.

The funeral liturgy will be at 11:00 a.m. on Tuesday, February 7, 2012 at ST. PAUL CATHOLIC CHURCH, 410 E. Wallace St., Combined Locks, with Fr. Andrew Kysely officiating. Friends will be received at the church on Tuesday from 9:00 a.m. until the time of the service. Burial will be in Allouez Catholic Cemetery, Allouez.

The family extends a special thank you to Martha Siekman Cancer Center at Appleton Medical Center, St. Paul Hospice, and the staff at St. Paul Elder Services for their exceptional care.

A memorial fund in Glenn's name is being established.