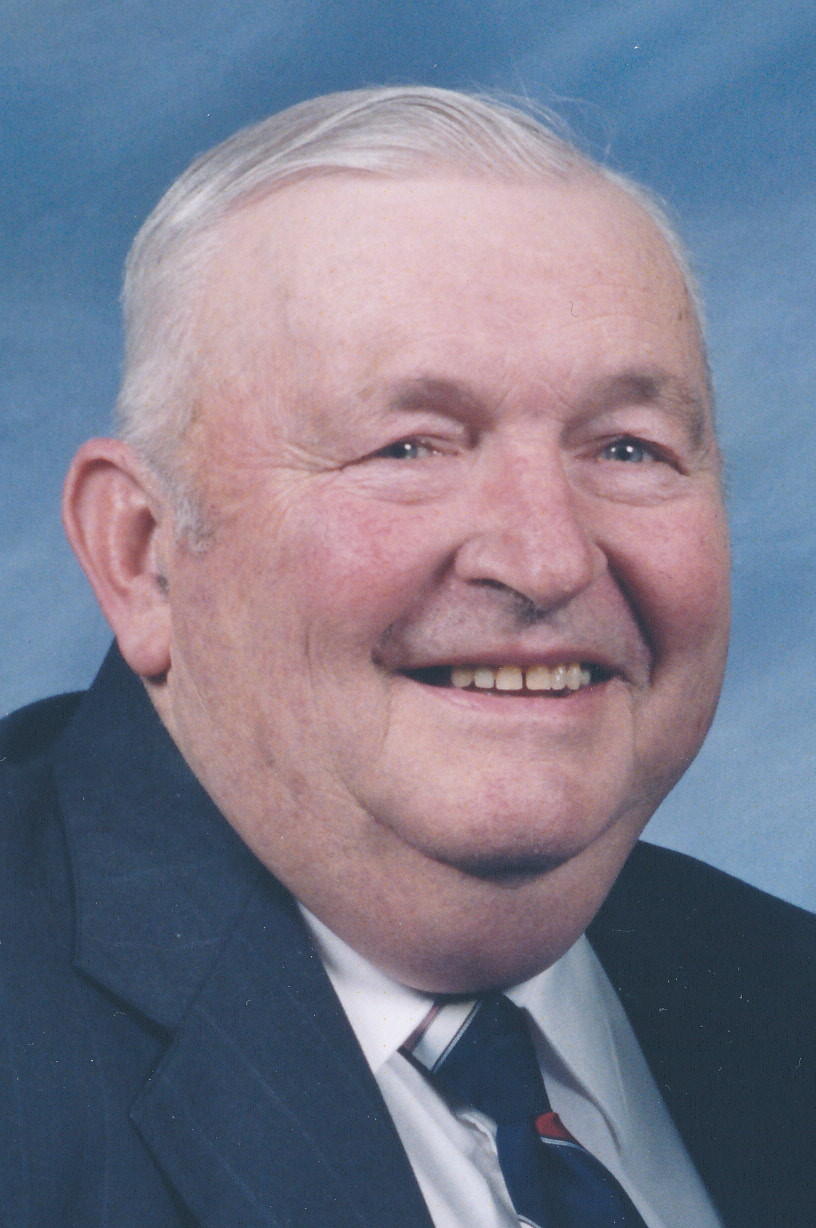 Glenn Flunker completed his 83 year journey here on earth and joined his heavenly Father on June 22, 2011.

Glenn was born on April 30, 1928 to Reinhold and Ruth (Gallow) Flunker in the Town of Hortonville. He was the oldest of four children. After high school he served in the Navy from February 14, 1946 until December 12, 1947. He then worked at Western Condensed. He married Delores Rohloff on June 19, 1952 at Trinity Ev. Lutheran, Ellington. They enjoyed 59 years of marriage. As a member of Trinity he taught Sunday school for 20 years and was custodian for 25 years. He also served two terms on the Board of Regents at Fox Valley Lutheran. Glenn was a dairy farmer for 40 years and retired at age 65. He belonged to Outagamie County Farm Bureau for 46 years and was director and fruit coordinator for many of these years. He was a member of the American Legion Post 38. In his retirement he served on the Outagamie County Drainage Board. Glenn loved to hunt and fish when he was younger, and as he got older he enjoyed watching birds, playing cards, reading and watching TV.

Glenn was preceded in death by his parents, and two brothers.

A funeral service for Glenn will be held on Saturday, June 25, 2011 at TRINITY EV. LUTHERAN CHURCH ELLINGTON (W 6399 County Rd O, Appleton) at 11:00 AM with his brother, Rev. Charles Flunker officiating. Interment will be in the Highland Memorial Park. A time of visitation will be held on Friday, June 24 from 4:00 until 8 PM at the Wichmann Funeral Home, and at the Church on Saturday from 9:00 AM until the time of the service at the Church.

In lieu of flowers a memorial fund has been established in his name. The family would like to thank the staff at Rennes Health and Rehab for taking care of Glenn. He enjoyed and appreciated the many visits he received from family and friends.