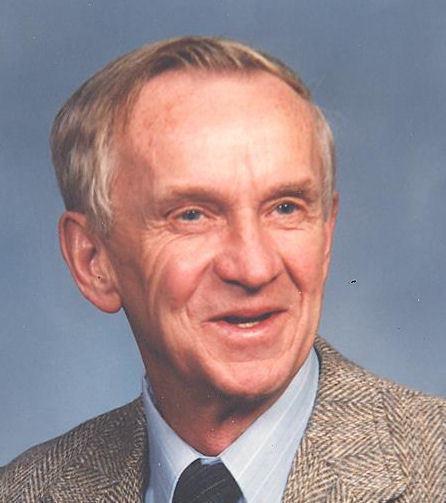 Glen Walter Kleman, 85, began his journey to heaven Sunday, February 28, surrounded by his family after a long and fulfilling life.

Glen was born in Neenah to Walter and Clara (Braun) Kleman on November 19, 1930, the second of four children. Glen graduated from Neenah High School and began his 43 year career at Kimberly-Clark Corporation Lakeview Mill. Soon after starting, he departed to Germany with the U.S. Air Force during the Korean War achieving the rank of Staff Sargent. He was pleased to have met his Uncle Paul there, where his father emigrated from in 1925.

After returning from the war and resuming his career, he met and married the love of his life, Audrey Rothman, and they enjoyed a wonderful 57 years together.

He was preceded in death by his parents, a sister Yvonne Odell, brother-in-law Robert Rothman, sister-in-law Ann Kleman.

Glen enjoyed escapades with his brothers during his youth, including fishing, and playing hours of sandlot baseball, resulting in the first varsity team of Neenah High School. Later he coached Little League baseball and finally supported many enjoyable grandchild activities. He was a dedicated Badger fan and a misinformed Bear fan. The Neenah Men's Retirement club and the Friday Morning Breakfast Club were his favorites in his later days, still with his brothers and their wives. He will be deeply missed by family and friends.

The family would like to recognize the knowledgeable, sensitive, and professional care of the ICU team at ThedaCare Neenah, especially Erin during our family's time of greatest need.

In lieu of flowers memorials may be made to St. Gabriel Catholic Church or the Larsen Lions Club.