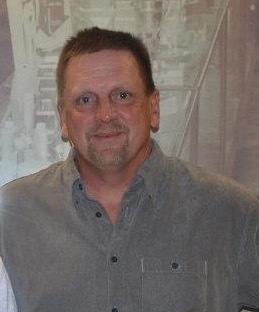 Glen was born on August 24, 1961 to Alfred and Margaret (Kohler) Pemrich. He was one of eight children. Glen, his parents and two siblings moved from the Milwaukee area to the Suring Area when he was a teen. He began working while in high school at Manthei's Cheese Factory. They were very early mornings which led to some very sleepy hours in class. At that time, he also enlisted in the Wisconsin National Guard and trained at Ft. Leonard Wood, MO. as a medic. By the early 1990's, he transferred to the Army Reserves. After more than 30 years of dedicated service to our country training troops in Wisconsin, Georgia, and Iraq as a Drill Sergeant, Glen retired with an honorable discharge at the rank of Master Sergeant.
Glen married his high school sweetheart, Connie Scholl, shortly after graduating in 1980. In an effort to seek new job opportunities, Glen and Connie moved to Fox Valley area and started a family. Although the marriage lasted only 14 years, they had lovingly raised two sons, Andy and Tim. Hoping to find love again and rebuild a broken home, he married Geri Johnson. They made a home together for 17 years and jointly raised Geri's daughter, Shauna. Glen loved her as his own child.

Glen was a private man who enjoyed spending leisure time at his Lakewood property. His grandchildren, Gracie and Xander were the loves of his life. There wasn't anything he wouldn't do for them. Glen is fondly remembered by his sons as always working on projects and having just the right power tool for every need. He shared his love for board games, especially chess, with his boys. He also enjoyed watching movies.

This year marks Glen's 30th year as a Light Equipment Operator for the Departments of Street, Sanitation, and Parks with the City of Menasha. His closest friends were those who worked alongside him. We know he will be greatly missed by them.

He was preceded in death by his niece, Jennifer Johnson.
A memorial service for Glen will be held at 6:30 PM on Wednesday, April 22, 2015 at the WICHMANN FUNERAL HOME-LAEMMRICH CHAPEL. Visitation will be held from 3:00 PM until 6:00 PM.