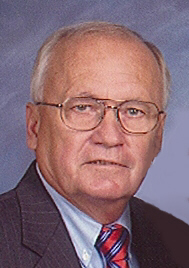 Glen L. LaFrombois, age 71, passed away suddenly on Monday, November 1, 2010, at Theda Clark Medical Center, Neenah. Glen was born on December 11, 1938, in Green Bay, the eldest son of the late Glenn and Joyce (Burdick) LaFrombois. He graduated from Green Bay West High School in 1957, then went on to receive his B.S. in Education in 1961 and his M.S. in Counseling in 1968, both from the University of Wisconsin – Oshkosh. In 1961, he married his wife, love and best friend, Jean Tank, who has spent 50 years of tolerating him. Glen spent 40 years in education. He taught high school English in Clintonville for two years and at Appleton West for three years prior to becoming a counselor. He spent 35 challenging and rewarding years at West, concluding with his receiving the prestigious Mielke Outstanding Educator's Award in 2001. Upon his retirement, Glen was able to say that he had served under every administrator ever at West, from Herb Helble to Robert Simon. Glen is also quoted as saying, “I never met a Terror I did not like…” He also coordinated the awards program for 30 years and was always proud of his service as advisor to student council from the late 60's until the early 70's, through some turbulent but interesting years. Glen also spent approximately 30 years as the “Sunday Manager” at Prange-Way in Appleton, where there were both challenges and rewards working for the Prange family, under such decent men as Bob Masse, Jim Kindschy, and David Birling. Glen enjoyed following Terror co-curriculars, the Packers, and any football game, anywhere. He loved gardening, yard work, and tinkering with older cars, which he considered “family.” Most of all, he and Jean enjoyed the development of his family. Linda and Lisa, both accomplished musicians, provided many moments of pleasure, pride, (and worry) for him. Glen saw his daughters as proud parents of his grandchildren. In Glen's words, “Life goes on.”
Glen is survived by his loving wife, Jean; two daughters, Linda Sue (Joe) Endres, and Lisa Jean (Tony) Duff; three grandchildren, Eric Endres, Nolan and Tatum Duff; brother, Wayne (Jeanne) LaFrombois; sister, Dianne (Glenn) Petersen; nieces and nephews, Laura LaDay, Layne LaFrombois, and Lance LaFrombois; brother-in-law, David Tank; and sisters-in-law, Anita Tank and Dianne Paschke.
A memorial service for Glen will be held at 3:00 p.m. on Sunday, November 7, 2010, at WICHMANN FUNERAL HOME, with Rev. Kurt Hoffmann officiating. Friends may call at the funeral home on Sunday from 1:00 p.m. until the time of the service. In lieu of flowers, memorial donations in Glen's name may be made to a fund to be established later. The family would like to extend a sincere thank you to the many doctors who have cared for Glen over the years.