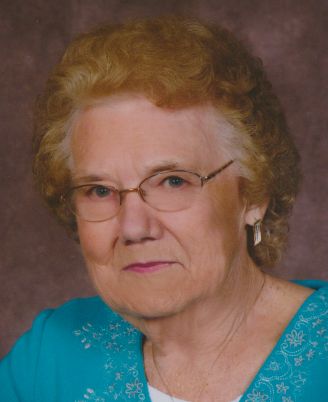 Gladys Prahl, age 89 of Appleton, passed away early on the morning of December 11, 2018. Gladys was born in the Shawano County town of Washington on August 15, 1929, daughter of the late Frank and Frieda (Boerst) Spreeman. She attended high school in Bonduel with the class of 1948 and was on the honor roll. She was a member of the Bonduel 4-H as well as the Future Homemakers of America. She was proud of her education, and it was important to Gladys that all of her grandchildren receive a good education. She was always comforted to know that each of them has or will graduate from college. On July 21, 1956, Gladys married Willard Prahl at St. Paul Ev. Lutheran Church in Bonduel; Willard preceded her in death in 2011.

She was preceded in death by her parents, her husband in 2011, a brother Floyd Spreeman, brothers-in-law Eugene Stoltenow, Charles Prahl, and George Berkhahn; sisters-in-law Charlotte Prahl and Audrey Prahl; also three nephews James and Jerry Stoltenow and Jerry Berkhahn.

The funeral service for Gladys will be held at 11:00 AM on Saturday, December 15, 2018 at Grace Lutheran Church, 900 N. Mason Street in Appleton with Rev. Dan Luett officiating. Family and friends are invited to gather at the church on Saturday morning from 9:00 AM until the hour of the service. Interment will take place at Highland Memorial Park. For more information or to share a memory of Gladys, please visit www.wichmannfargo.com.