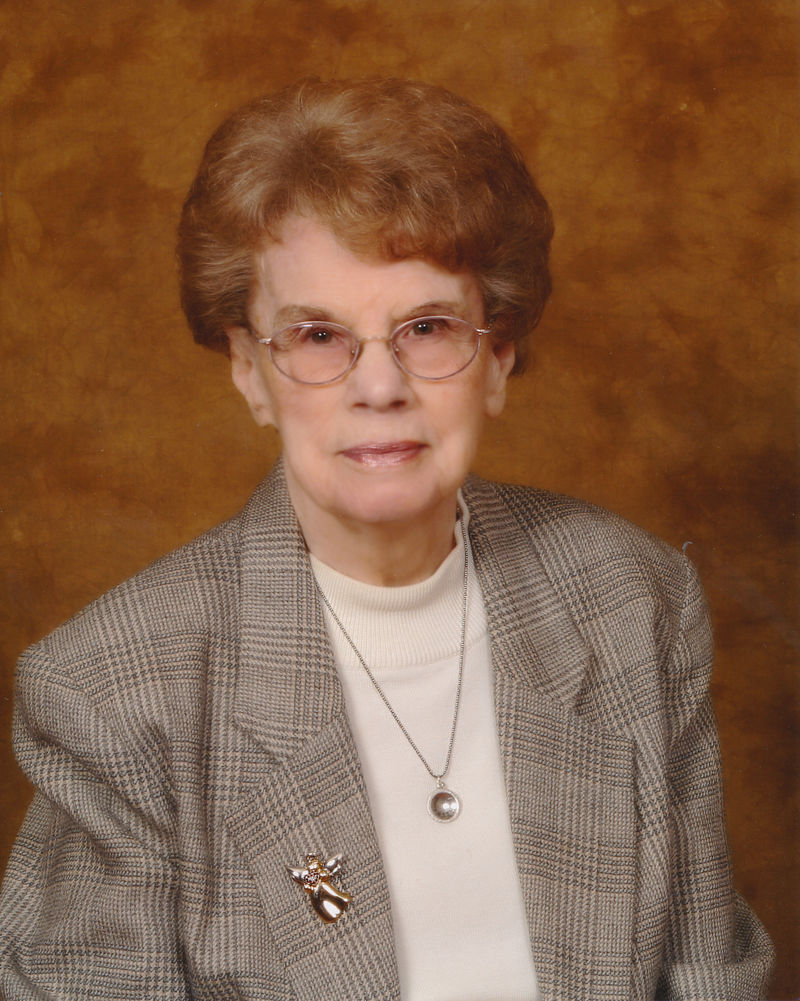 Gertrude Searl, a beloved wife, mother, grandmother and great grandmother was taken into the arms of The Lord on Friday, March 15, 2013 at Cherry Meadows Hospice following a brief illness. She was 93. Gertrude was born on January 7th, 1920 to William and Margaret Karrow. On January 26, 1944, she married Davis Searl at Trinity Lutheran Church in Menasha. They were blessed with four children and celebrated 62 years of marriage. Davis preceded her in death in 2006.

Gert loved spending time with her grandchildren and great grandchildren. She was an avid fan of the Green Bay Packers and the Wisconsin Badgers football team and recently took the complete tour of Lambeau Field and the Packer Hall of Fame. She was a faithful member of Faith Lutheran Church in Appleton.

The memorial service for Gert will be held at 12:00 Noon on March 23, 2013 at Faith Lutheran Church, 601 E. Glendale Avenue in Appleton with Rev. Daniel Thews officiating. It was Gert's wish to be cremated.

In lieu of flowers, a memorial fund has been established for Faith Lutheran Church.

Gert's family would like to sincerely thank the staff at Renaissance Assisted Living for their wonderful care of Gert over the past 6 years and the staff at Cherry Meadows Hospice for the compassionate care given during her final days.