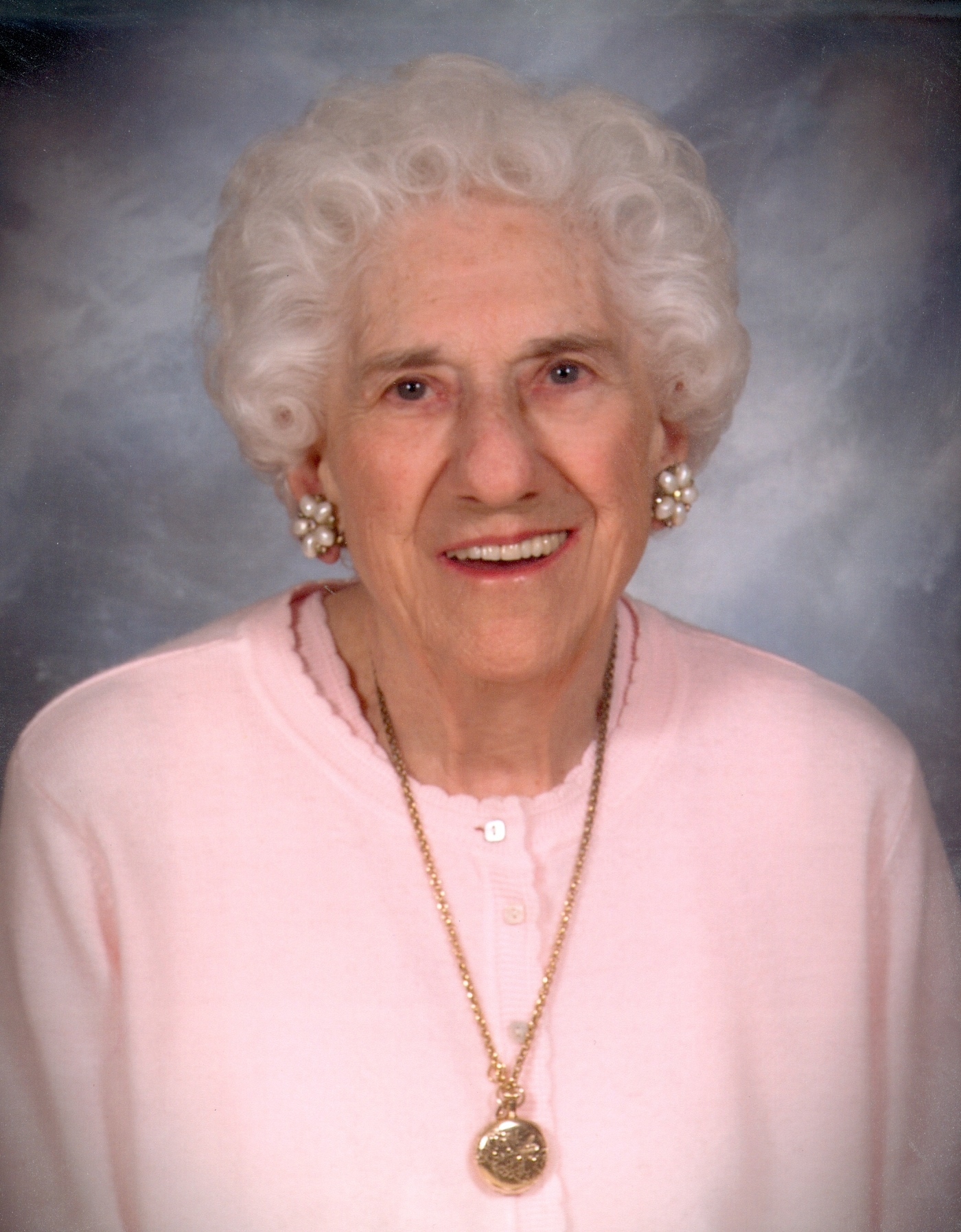 Gertrude M. Nagel, age 95 of Kaukauna passed away on May 26, 2016. Gertrude was born on September 9, 1920 to the late John and Anna (Reinhardt) Deno. She was a graduate of Kaukauna High School. Gertrude graduated as an RN from the Cook County Nursing School in Chicago and continued her education at the University of Minnesota and the University of Wisconsin. She held several positions in her career. She worked as a nurse for the City of Kaukauna, CESA, the Brillion Iron Works and the Combined Locks Paper Mill.

On June 24, 1944 she married William C. “Bill” Nagel at Trinity Lutheran Church in Kaukauna and he preceded her in death on January 5, 2008. Bill and Gert enjoyed their cottage on Boot Lake near Townsend since 1966. Some of her favorite activities there were bird watching and wildlife watching.

She enjoyed fishing, cooking and gatherings with family and friends.

Gertrude will be sadly missed by her son Richard (Gloria) Nagel of St. Augustine Florida; grandchildren Anthony (Deb) Nagel of Greenville and their son Jack; Angela (Chris) Knierim of California and their children Kacy and Karter; Jay (Shawnna) Sawyer of Satellite Beach Florida and their children Kyle, Sara, Megan and Liam; Rebecca Houpe of St. Augustine Florida and her children Brandon and Pierce; former daughter-in-law Carol Nagel of Neenah as well as other relatives and friends.

A Christian Funeral for Gertrude will be held on Sunday June 5, 2016 at 2:00pm at Trinity Ev. Lutheran Church, 804 Grignon Street in Kaukauna with the Rev. David Fleischmann officiating. Visitation will be on Sunday at the church from 1:00 to 2:00pm. Entombment will be at Highland Memorial Park. For more information and to express condolences, please visit www.wichmannfargo.com.

The family would like to thank Pastor Fleischmann and the staff and nurses of St. Paul Home and ThedaCare at home for all their care, prayer and love.