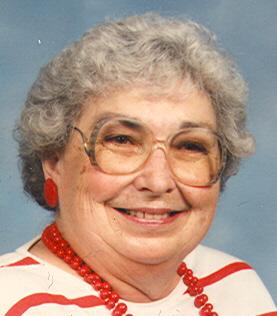 Germaine Leist, age 75, passed away Sunday, August 6, 2006 at her home in Appleton. Germaine was born in the Outagamie County town of Hortonia on August 1, 1931, daughter of the late Martin and Alice (O‚ÄôConnell) McDermott. She was a 1949 graduate of New London‚Äôs Washington High School, and on October 14, 1950 married Ronald Leist. Ronald preceded her in death in July of 2000. For many years, Germaine was employed by the State of Wisconsin Department of Health and Family Services, retiring in 1988. Upon retirement Germaine and Ron traveled extensively around the country before settling in Lakeland, Florida until Ron‚Äôs health began to fail. She will be remembered as an avid boater, reader, and was also a pretty fair bowler!

Survivors include three children: Kay Leist of Oregon, Wisconsin; Barbara (Patrick) Hensen of Madison, Wisconsin; and Jon Leist and his fianc√©e Nancy of Lakewood, Colorado; four grandchildren: Dustin (Judi) Martinson of Pace, Florida; Damon Martinson and his fianc√©e Gina (and her sons Michael and Marcus) of DeForest, Wisconsin; Katy Leist of Texas; and Rony Leist of Texas; three great-grandchildren: Natasha, Jordan, and Dylan. She is also survived by two sisters: Rita (Leo) Biesterveld of Kaukauna and Jan (Jim) Krueger of Ashwaubenon, as well as numerous nieces, nephews, other relatives, and many friends. Germaine was preceded in death by her parents, her husband, and a nephew Robbie, and mother-in-law, Agnes DeKeyser.

The funeral liturgy for Germaine will be held at 11:00 AM on Wednesday, August 9, 2006 at ST. PIUS X CATHOLIC CHURCH, 500 W. Marquette Street in Appleton with Fr. Brian Belongia officiating. Friends may call directly at the church on Wednesday morning from 9:30 AM until the hour of the service. In lieu of flowers, memorial funds are being established for the American Lung Association, the American Cancer Society, and the Don and Marilyn Anderson Hospice Care Center in Madison. The family would like to thank the sisters and brothers-in-law for their loving care of Germaine over the years. Also, special thank you to Joanie for the wonderful care that she gave to Germaine.

Germaine was a loving wife, mother, grandmother and sister who will be sadly missed by all who knew and loved her.