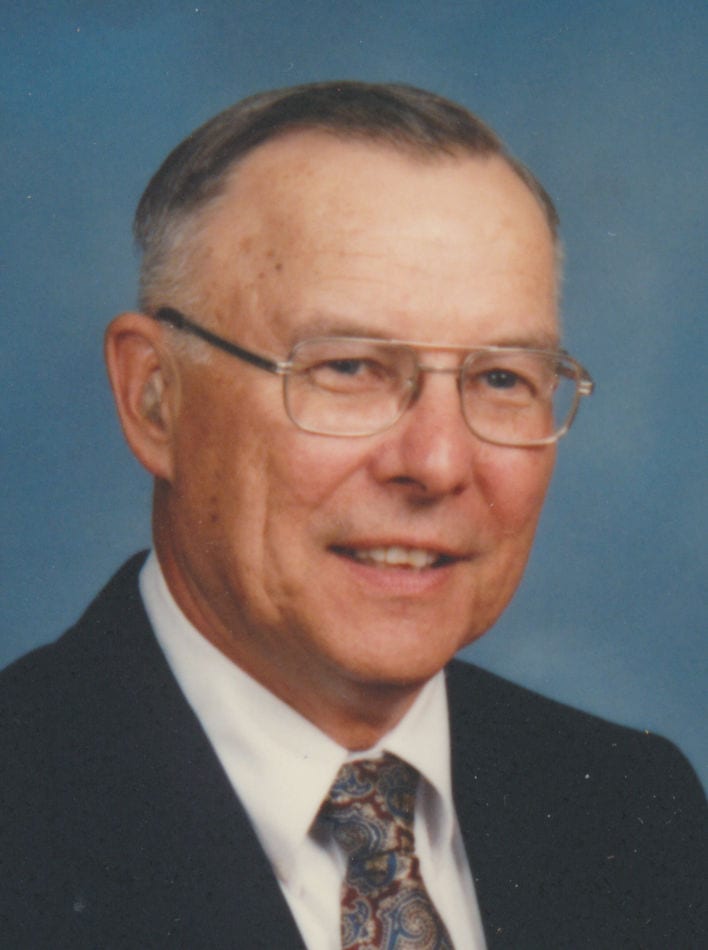 Gerhard J. Kaniess, age 90 of Appleton, was called to the loving arms of his Lord on Wednesday morning, January 15, 2020. Jerry was born on Mother’s Day, May 12 of 1929, in the Lutheran parsonage in Kewaskum, Wisconsin. His parents were the late Rev. Gerhard and Ruth (Orloff) Kaniess. He was baptized and confirmed by his father at St. Lucas Lutheran Church. Jerry graduated from Northwestern Preparatory School in Watertown, Wisconsin in 1947 and La Crosse State University in 1951. He served in the United States Marine Corps during the Korean War with the intelligence section of the First Marine Division. In 1953, he married the love of his life, Ruth A. Kuehne of Seymour, Wisconsin.

Jerry taught and coached at Suring High School for one year and then moved to Appleton, to begin teaching in the newly formed Fox Valley Lutheran High School. He taught there for thirty-seven years, serving as coach and administrator until his retirement in 1991.

He was a longtime and faithful member of St. Matthew Lutheran Church during his years in Appleton, where he served on numerous boards. For over sixty years, he raced his homing pigeons in the Valley Racing Pigeon Club and the Lakeshore Racing Pigeon Concourse.

The Christian Funeral Service for Jerry will be held at 11:00 AM on Wednesday, January 22, 2020, at St. Matthew Ev. Lutheran Church, located at 129 S. Mason Street in Appleton, with Rev. Jon Kuske and Rev. David Wenzel officiating. Interment will follow at Highland Memorial Park. Family and friends are invited to gather at St. Matthew Lutheran Church on Tuesday, January 21, from 5:00 PM until 7:00 PM, and again Wednesday morning from 9:00 AM until the time of the service.

The family would especially like to thank Crystal, Karen, and Jessie of Heartland Home Healthcare and Hospice for their kindness and assistance in the loving care given to our father.

In lieu of flowers, memorials may be given to Fox Valley Lutheran High School or St. Matthew Ev. Lutheran Church.