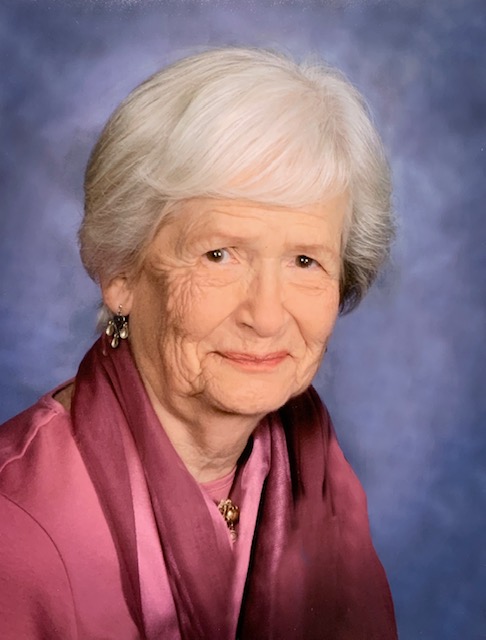 Gerda was born in Brooklyn, New York to Rikard and Marthine Kristiansen, and was baptized and confirmed in the Norwegian Evangelical Lutheran Free Church (later known as 59th Street Lutheran Brethren Church). Gerda graduated from Fort Hamilton High School, Brooklyn, New York in 1950 and later attended Lutheran Brethren Bible College, Fergus Falls, Minnesota. On May 9, 1953 Gerda was joined in marriage to David Hagen who was then serving as instructor of aircraft mechanics on Jet Fighter aircraft in Amarillo, Texas. Four children were born to this union. For most of her adult life Gerda was employed as a secretary/bookkeeper/office manager as she followed her husband in his varied career that took them to Texas, Germany, Illinois, New York, Iowa, Minnesota, Wisconsin and South Dakota. Gerda enjoyed knitting, crocheting, gardening, photography and genealogy. Gerda was gifted with musical talent and sang in trios, duets, and choral groups, often accompanying them on the piano. In 1999 Gerda retired from the University of Minnesota where she held the position of Principal Secretary and Office Manager for the United States Fish and Wildlife Research Unit on the Saint Paul campus. In retirement they moved to New Richmond, Wisconsin where Gerda enjoyed tending her large gardens and assisting her husband in raising East Friesian Dairy Sheep. In 2012 they sold their farm and moved to Appleton, Wisconsin where they lived until her death. Gerda is survived by her husband, David, four children, Gary (Barb), Wayne (Beckie), Susan (Greg), and David Jr.; nine grandchildren, Tim (Stephanie), Kristen (Josh), Heather (Matthew), Joshua (Todd), Carl (Kristi), Matthew (Janelle), Eric, Adam, Stephen (Christie); and 13 great-grandchildren, Anders, Espen, Nora, Afton, Tyler, Carsten, Aria, Levi, Kelsi, Adeline, Jonah, Ruby and Leo. Also surviving are her sister, Ragnhild Salim, nephews John Salim (Lisa) and Richard Salim and niece, Jennifer Salim Stutmann (Richard).

Preceding her in death, her parents, Rikard and Marthine Kristiansen and brothers-in-law, Rev. Raymond Salim, James Hagen and Russell Swensen.

The service for Gerda will be held at 11:00 AM on Saturday, March 7, 2020 at Wichmann Funeral Home Tri-County Chapel (1592 Oneida St., Menasha) with Rev. Dale Hanson officiating. Visitation will be held from 9:00 AM until the time of service. She will be laid to rest in Osakis, MN at a later date.

Blessed be her memory.