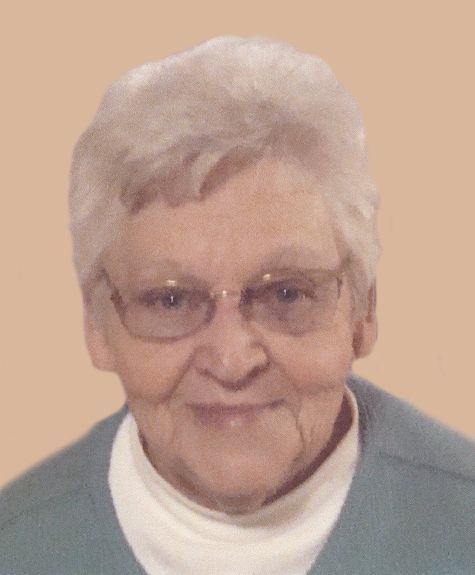 Geraldine Coenen, age 89, passed away at St. Paul Home on Friday evening, March 27, 2015. She was born in Oneida on October 8, 1925, daughter of the late Jacob and Kathryn (Van Rooy) Voss. In 1947, she married Cyril Biese. The couple was blessed with eight children, six of whom survive. Cyril passed away in 1965. In 1967, Geri married Robert Coenen, and they shared many happy years until his death in 1993. Many will remember Geri for her love of playing sheepshead, jigsaw puzzles, and word search puzzles. She was also an avid bingo player. In her younger years, she worked as a housekeeper at Appleton's Zuehlke Building. Most of all, she loved spending time with her family, especially her grandchildren and great-grandchildren.

A funeral service for Geri will be held at 6:00 PM on Wednesday, April 1, 2015 at the Fargo Funeral Home, 400 W. Wisconsin Avenue in Kaukauna, with Fr. Jerry Pastors officiating. Inurnment will be in Appleton's St. Joseph Cemetery. Family and friends are invited to gather at the funeral home on Wednesday afternoon from 4:00 PM until the time of the service. Memories may be shared by visiting www.wichmannfargo.com. In lieu of flowers, a memorial fund is being established.

The family would like to extend their gratitude to all of the wonderful caregivers who watched over Geri. They include Dr. Schoening, St. Paul Hospice Staff, the nurses, residents, and everyone at St. Paul Elder Services. You made our mother's days safe and comfortable. And a message to her bingo buddies: “WIN EARLY.”