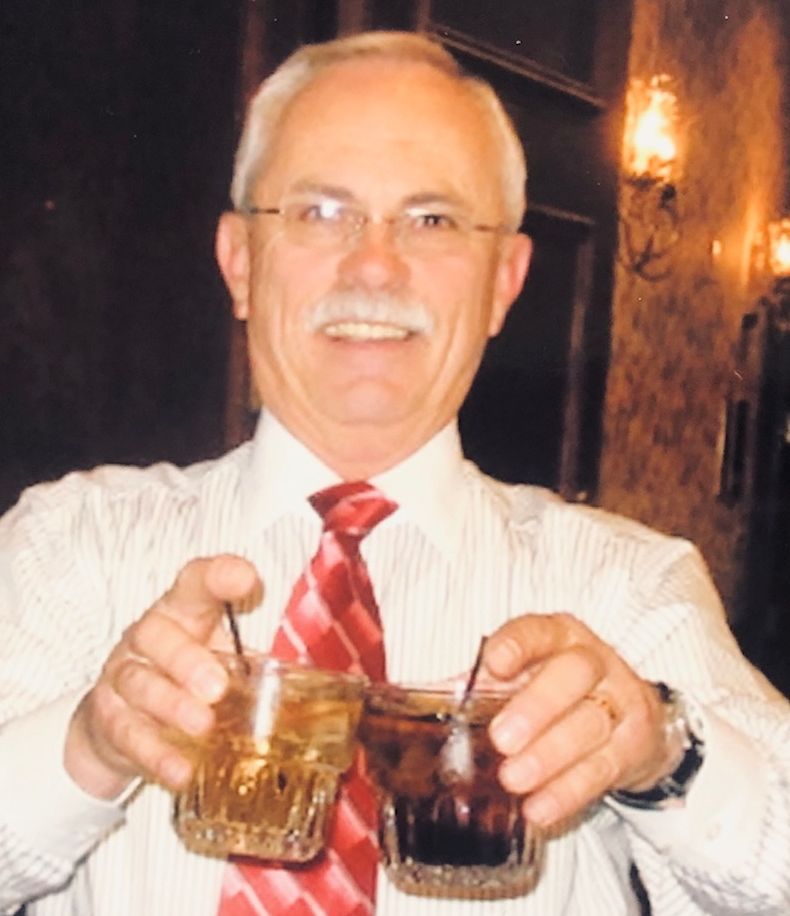 “I have fought the good fight. I have finished the race. I have kept the faith. Now there is in store for me the crown of righteousness.” 2 Timothy 4:7-8

Gerald, “Jerry”, Schuette entered eternal life May 21, 2019. Jerry was born 73 years ago in Neenah, WI to the late Raymond and Helen Schuette. He attended Fox Valley Lutheran High School, class of 1963, where he met his high school sweetheart, who became the love of his life and best friend forever, Sally (Rolloff) Schuette. They married on June 26, 1965 at St. Matthew Lutheran Church and began a love story for the ages. Jerry was a valued member at St. Matthew Church, serving on numerous boards and committees. St. Matthew is also where all four of Sally and Jerry’s children were baptized, confirmed, and married. Jerry had a lot of titles in his life, but he cherished the one of dad the most. He never missed a game or dance recital and was always happiest on a bleacher with a bag of popcorn. If he wasn’t watching the game in the stands he was on the sidelines- coaching or running the chain gang for FVL football, which he did for 40 years, even earning the Fans of the Foxes Award at the Red Smith Dinner in 1999. He gave numerous hours to the young men at St. Matthew’s and Fox Valley Lutheran, coaching basketball from 1975 to 1997, mentoring them in the locker room and in life; it always warmed his heart to hear someone refer to him as Coach years after he hung up the clipboard. Jerry was an avid sports fan following Badger, Brewer, and Packer teams loyally. He was also an active participant in sports, most notably manning right field for the Jenkel Oil fastpitch softball team. A natural people person, Jerry began his career in technical sales at Guy Speaker company in 1967. He then negotiated the purchase of the business in 1975, founding GWS Supply Inc. He owned and operated GWS with his wife and business partner, Sally, growing the business from a basement operation to a multi-million dollar company. In 2001, he proudly sold the business to his son, Scott. After his working days came to a close, God blessed Jerry with many years of joyous travel. With co-pilot Sal at his side, Jer spent many hours behind the wheel of his cherished RV. Jerry and Sally loved their winters in Florida, but had equal fun at many NASCAR events. In 2004, Sally and Jerry relocated to their cottage on Shawano Lake. In Shawano, they became members at Divine Savior, where Jerry continued his servant leadership on the counting committee and serving in the food pantry. Many of Jerry’s fondest memories include time in Shawano fishing, golfing, enjoying family celebrations, and going to the casino- blessing everyone, from his Pastor to his favorite Casino dealer, with his positive attitude and generous spirit.

The true beneficiaries of that generous spirit were his 10 grandchildren- Chandler, David, and Jerrett Schuette; Emily, Jack, and Jonah Vesper; Alexander and Lauren Scheibe; and the littles, Ellise and Bennett Kuber. Jerry was the epitome of a grandpa, attending every event, play, game or parade he could. He loved them all equally, and they each know how incredibly special they are to him. Sharing the limelight with his grandchildren were Jerry’s dogs, Smokey and Abbey. Jerry threw countless frisbees, walked numerous miles, and fed many a steak bone to his precious pups. Just one more example of how he loved everyone and everything so deeply and richly.

Those Jerry will be reunited with in heaven include his parents, Helen and Ray Schuette; his father- and mother-in-law, Gerhard and Eleanor Rolloff; and his brother-in-law, Mark Rolloff.

Jerry loved life and we will honor him with a Christian celebration. Funeral services will be at 11:30 am, on Friday, May 24, 2019, at St. Matthew Lutheran Church, 129 S. Mason St., Appleton, WI. Family and friends may visit at the church on Friday from 9:00 am until the time of the service. In lieu of flowers, the family requests memorials be sent to Fox Valley Lutheran High School, Divine Savior Lutheran Church, or the Leukemia & Lymphoma Society of Wisconsin.

Jerry fought a nine month battle with Leukemia like a true Christian soldier. The family would like to express thanks to those who walked so graciously along side him. To the staff at St. Vincent’s, Froedtert, and Heartland Hospice- many of you are now like family and we thank you all for your tender care. To the numerous Pastors who called on Jerry during his illness- your servant hearts blessed Jerry and the family generously. And finally, to Jerry’s sister Carol, who gave so selflessly of herself for her brother- your gift was invaluable to Jerry and the months we received with him as a result were a precious treasure.