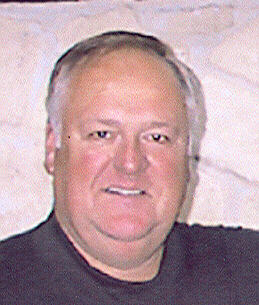 Gerald W. “Jerry” Voigtschild, age 64, passed away unexpectedly on Monday, February 14, 2011, at his home in Greenville. Jerry was born on August 23, 1946, in Duluth, Minnesota, son of Wilmer “Bill” and Pearl “Penny” (Asproth) Voigtschild. On May 27, 1967, he was married to Peggy Tilleson in Menomonie, Wisconsin. Jerry proudly served in the United States Air Force during the Vietnam War, spending an overseas tour in Thailand as an aircraft mechanic. He was stationed at Ellsworth Air Force Base in Rapid City, South Dakota. After he was honorably discharged, he lived with his wife in St. Paul and Anoka, Minnesota, Omaha, Nebraska, and Tulsa, Oklahoma before moving to Appleton 34 years ago. Jerry worked as a salesman for most of his life. He sold Electrolux vacuum cleaners, farm equipment, Endries fasteners, and security systems. For the past 15 years, he sold energy efficient and high quality lighting to industries with his own business, J&P Lighting.
Jerry was an avid fisherman and a long-time hunter. He enjoyed making rods, his own lures, reloading ammunition, and teaching others the art of hunting. Jerry spent many hours fishing and hunting with his son, and loved his loyal hunting companion, his springer spaniel, Molly Rose. Jerry was a fabulous tenor singer, and was a member of White Heron Chorale, Master Singers, the choir at Trinity Lutheran Church, and was a soloist for many weddings, funerals, and church services. Aside from singing, he had a great love for all types of music, and enjoyed attending concerts throughout his life. Jerry was known as the master chef of the family. He had a passion for cooking, loved grilling on his “Big Green Egg,” and experimenting with many flavors and ingredients. He was a master mechanic that could fix anything, took pride in caring for his lawn and garden, loved to travel and experience different cultures, and was a wonderful listener and “Great Advisor,” helping others work through their life issues.
Jerry is survived by his wife, Peggy; his son, Kent (Varsovia) Voigtschild, and his grand daughter, Keana; his daughter, Shawn (Richard) Einerson; his mother, Pearl Riehl, and her husband, George Riehl; two brothers, Wayne (Meg) Voigtschild, and Randy (Connie) Voigtschild; one sister, Linda Wilman; nephews, Aaron, Mark, and Chris; nieces, Lisa, Lori, and Kathy; father and mother-in-law, Ken and Mary Tilleson; two brothers-in-law, Cory (Judy) Tilleson, and Dennis (Joni) Tilleson.
He was preceded in death by his father, Wilmer “Bill” Voigtschild.
The memorial service for Jerry will be held at 4:00 p.m. on Saturday, February 19, 2011 at the WICHMANN FUNERAL HOME, TRI-COUNTY CHAPEL, with Rev. Tim Albrecht officiating. Friends may call on Saturday at the funeral home from 2:00 p.m. until the time of the service. In lieu of flowers, memorial contributions in Jerry's name may be made to a fund being established.

To a wonderful husband, father, and friend,
You left us too soon, but you will be in our hearts forever. We will love you always.
~ Your loving family