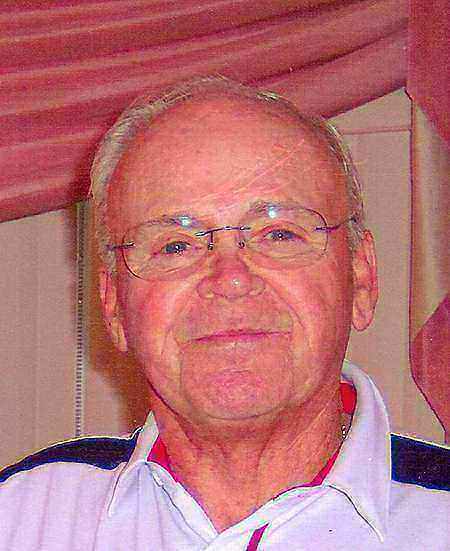 Age 72, passed away on July 15, 2006 at the University of Wisconsin Hospital in Madison. He was born on February 14, 1934 in Appleton to the late Raymond and Ruth (Hein) Van Berkel. Jerry served his country with the Air Force for 20 years. After retiring from the Air Force he worked for Brennan Frasier Roofing and Siding company as a sales manager for 20 years. On April 11, 1956 he married Eleanore Fryfogle, they just recently shared their 50th wedding anniversary. Jerry was a member of St. Joseph Catholic Church in Appleton where he attended school as a youngster. He was a proud member of both the VFW and the American Legion. Jerry‚Äôs hobbies included golfing and fishing. He enjoyed his Winter months in Florida and golfing with his retired Air Force friends.

Funeral services for Jerry will be held on Wednesday, July 19, 2006 at 10:30 A.M. at St. Joseph Catholic Church (410 West Lawrence Street) with Father Larry Abler officiating. Friends may call at the funeral home on Tuesday evening, July 18, from 5 until 8 P.M. and again directly at church on Wednesday from 9:30 A.M. until the time of mass. Military honors will be performed in the St. Joseph parking lot directly following the funeral liturgy. Memorials to Cancer Research at UW Hospital (600 Highland Avenue, Madison, WI 53792) in Jerry‚Äôs name would be greatly appreciated.

The family would like to thank the transplant team and nursing staff at the UW Hospital for the care and compassion shown to Jerry and his family.