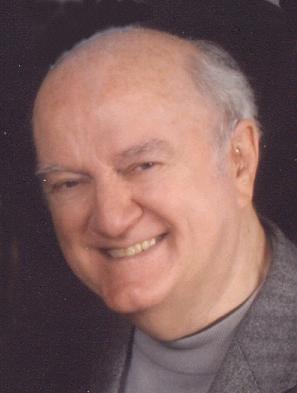 Gerald R. Benzschawel, age 72, of Appleton, formerly of Manitowoc, suddenly and unexpectedly met his Lord Wednesday evening, June 20, 2007 at Theda Clark Medical Center, Neenah. Gerry was born on July 27, 1934 in Manitowoc to the late Matthew and Clara (Neuser) Benzschawel. He graduated from Lincoln High School in Manitowoc with the class of 1952. On August 29, 1959 he married the former Marlene Klann at Holy Innocents Parish in Manitowoc. Gerry earned a Bachelor of Science degree in business from the University of Wisconsin ‚Äì Madison and his Master of Science in Business from the University of Wisconsin ‚Äì Oshkosh. He was proud to have served his country with the United States Marines during the Korean Conflict. Gerry then went on to serve in the United States Navy Reserves. He was employed with the Mirro Corporation of Manitowoc and most recently at the University of Wisconsin ‚Äì Oshkosh as the Director of the Internship program for business students. Gerry also served as an instructor for various business courses. He was a charter member of the Knights of Columbus Third Degree Fr. VandenBorne Council 4489 of Kimberly and Fourth Degree Allouez Assembly 1199.

The funeral liturgy for Gerry will be held at 11:00 am on Monday, June 25, 2007 at HOLY SPIRIT PARISH (DARBOY), W5831 Hwy KK, with Fr. Tom Pomeroy officiating. Inurnment will take place at Calvary Chapel Mausoleum, Manitowoc. Visitation will be held on Sunday, June 24th at Jansen Fargo Funeral Home from 4:00 ‚Äì 7:00 pm with a prayer service and rosary to follow. Visitation will also be held on Monday morning at the funeral home from 9:30 ‚Äì 10:30 am. A memorial fund has been established in his name.