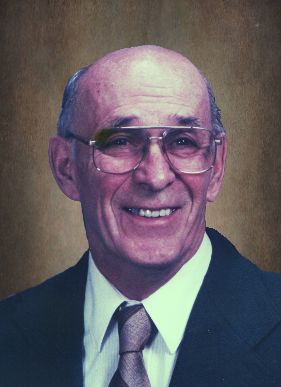 Gerald “Jerry” W. Mignon, age 88, of Kimberly passed away peacefully on Saturday, November 18th after a brief illness at St. Elizabeth Hospital with his family at his side. Jerry was born December 5th, 1928 in Appleton to the late Alex and Loretta Mignon. He grew up in Little Chute and graduated from St. John's High School before joining the service. He served in the United States Army for four years from 1949 to 1952. Upon his return, he married Bernardine Vander Wielen on April 18th, 1953. They lived and raised a family in Kimberly. In 2017 they celebrated 64 years of marriage. Jerry was a printer by trade, working at Winnebago Color Press in Menasha for most of his career.

Jerry is remembered by all who love him for his quick wit and sense of humor. He loved his family, golf, crossword and jigsaw puzzles, table games, woodworking and relaxing at the lake cottage. Among Jerry's favorite pastimes in his younger days was bowling, with a record 700 series. He shared his love of fishing by teaching his children and grandchildren how to fish at the lake.

He is survived by his loving wife Bernie, daughters Karen (fiancé Lins) Siebers and Gail (Greg) Johnson. Grandpa will be missed by his grandchildren: Kelly (Josh) Jansen, stepson Will, Andy (Alisha) Siebers, Robert (Grace) Johnson, Meg (fiancé Courtis) Johnson and Alec Johnson. He is also survived by his sister-in-law Jan Mignon, sisters and brothers-in-law Aggie, Pat, Ceil and Tom (LouAnn) on Bernie’s side of the family, along with numerous nieces and nephews.

The Funeral Liturgy for Jerry will be at 11:00 a.m. on Saturday, November 25, 2017 at HOLY SPIRIT PARISH—KIMBERLY SITE, 600 East Kimberly Ave, Kimberly, with Father Bob Kollath officiating. A time of visitation will be held from 9 a.m. until the time of Mass. Online condolences may be expressed at www.wichmannfargo.com.

We love you, and we will miss you Dad. You'll always be in our hearts.