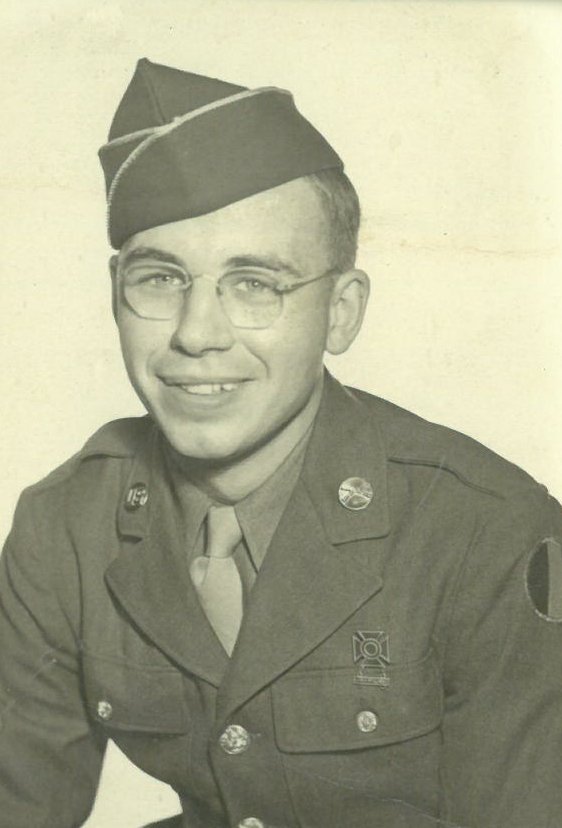 Gerald Louis “Jerry” Winters, 90 of Menasha, passed away on October 22, 2017. Jerry was born on April 8, 1927 in Appleton, the son of the late Peter and Lillian (Roberts) Winters. He graduated from St. Therese Grade School, class of 1941. He liked to play baseball and was the right fielder. Next, he went to Roosevelt Jr. High School for one year. He then transferred to Appleton Senior High School “West”. He was on the bowling team there and was a member of the 1945 graduating class. From 1945 to 1946 he served honorably as a member of the U.S. Army. He served in Nuremburg, Germany in the 70th Tank Battalion, driving a 2 ½ ton Army truck, delivering supplies for the Officer’s Club. When the 70th Tank Battalion was de-activated, he was transferred to the 1st Infantry Division where he was a guard for the Nuremburg War Crimes Trials of the German leaders. He was honorably discharged from Ft. Meade, Maryland. He was employed at Miller Electric from 1947 to 1948. On March 31, 1949 he began working in maintenance at Marathon Corporation who changed their name to American Can in 1967. He retired on August 1, 1992 after 43 years and 4 months. He also worked part-time for his father Peter Winters and Sons as a carpenter and mason worker. On July 15, 1950 he married the former Florence L. Shortt at St. Therese Catholic Church in Appleton. They enjoyed a one week honeymoon at Frenchie’s Cottage at Roberts Lake in Wabeno. After that, they enjoyed over 67 years together.

Jerry’s family was most important to him. He loved dancing to his uncle, Tony Winters Band. Uncle Tony’s band even played at their wedding. He also loved to travel. He and Florence traveled to all 50 states and many foreign countries. He also enjoyed riding with Florence in their collector’s Olds 88. In his youth he enjoyed ice skating at Jones Park, going to basketball games, roller skating and swimming at Waverly Beach. Later he spent time reading, watching weather reports on TV, boating and fishing. He was a member of St. Mary Catholic Church in Menasha.

He was preceded in death by his parents, brother Duane Winters and brother-in-law Lloyd Mitchell.

Visitation for Jerry will be at Wichmann Funeral Home, 537 N. Superior Street in Appleton on Monday, October 30, 2017 from 4:00PM to 7:00PM. Visitation will continue at St. Mary Catholic Church, 528 Second Street in Menasha on Tuesday, October 31, 2017 from 10:30AM to 11:30AM. Mass of Christian Burial will be on Tuesday, October 31, 2017 at 11:30AM at St. Mary Catholic Church in Menasha. Burial will be at Highland Memorial Park in Appleton. For more information and to express condolences, please visit www.wichmannfuneralhomes.com.