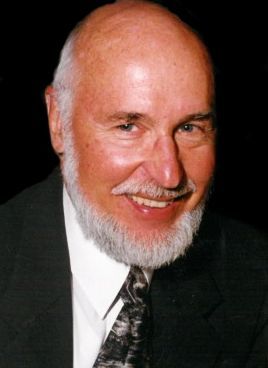 Gerald “Jerry” C. Marcoe, age 75 of Fond du Lac, passed away at his home after a two-year battle with brain cancer on Monday, August 15, 2016. He was born in Fond du Lac on February 18, 1941 to Clarence and Vera (Loehr). Jerry attended and graduated from Fond du Lac High School and went on to enlist in the US Navy where he was stationed in California. Jerry briefly moved back to Fond du Lac where he married Ellen Strebe before moving back to California for a short while. Jerry eventually settled back in Fond du Lac where he and Ellen raised their family together. Jerry owned and operated Marcoe Heating and Cooling out of Fond du Lac for many years until his retirement in the early 2000's. In 2001, Jerry married Sandra Sigler and the two lived together in Tucson and Florida before settling back in Fond du Lac.

Jerry enjoyed being outside where he liked to bike, hike and camp. He was also a pet lover and supporter of the local Humane Society. His favorite hobby was sailing which he did for many years and was a long-time member of the Fond du Lac Yacht Club.

Jerry was preceded in death by his father, Clarence Marcoe; sister: Joanne Gause.

The memorial for Jerry will be held at 1:00 PM on Sunday, August 28, 2016 at the FOND DU LAC YACHT CLUB (705 Mohawk Dr., Fond du Lac). A time of fellowship will follow the memorial. In lieu of flowers, memorials may be directed to the Fond du Lac Humane Society in Jerry's name.

Jerry's family wishes to thank the nurses and staff at Agnesian Hospice for the care give to Jerry. Also, a thank you to all Sandra and Jerry's friends for the the love and support during the past two years.