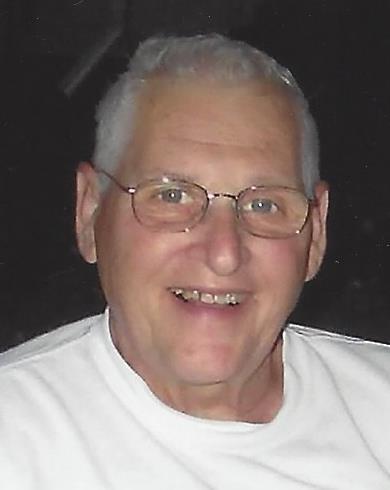 Gerald “Jerry” A. Bobula, age 70, of Menasha, passed away on Saturday, September 6, 2014. On July 23, 1944, Gerald Arthur was born in Michigan to Arthur and Dora (Formolo) Bobula. Upon graduating from high school, Jerry enlisted with the U.S. Coast Guard and was a boiler tender on the USCGC George W. Campbell. He married Carol Proksch on January 6, 1965 at St. Mary Catholic Church in Gaastra, Michigan; she preceded him in death on January 28, 1999. He had worked at Gilbert Paper Company. Jerry was very musically inclined and had a gift for playing the guitar, accordion and harmonica. He was a member of the St. Timothy Church Choir. Jerry had a love for the outdoors, enjoyed hunting, fishing, and being in the woods. He also liked going on Salmon excursions on Lake Michigan with his son-in-law, Mike. He loved spending time with his friends, whether it was traveling, working on projects, or being a helping hand.
Above all, Jerry loved the time he could spend with his children, grandchildren, and great-grandchildren.
Jerry will be missed by his loving children: Traci Lappen and her children: Jessica (Chris) Flohr, Amber Krueger, and Alyssa (Eddy) Andrade; Kathy (Mike) Porto and children: Brent Knapp and Hannah Porto; and Todd (fiancé, Lisa VandenLangenberg) Bobula; his great-grandchildren: Natalie, Yvonne, Ashton, Oliver, and Shannon; his mother, Dora Bobula; his brothers: Mark (Marcia) Bobula and Randy (Ruby) Bobula; his mother-in-law, Elizabeth Proksch; and many other relatives and friends.
In addition to his wife, he was preceded in death by his father, an infant son, Timothy, and a son-in-law, Ray Lappen.
A Funeral Service will be held at 11:30am on Thursday, September 11, 2014 at St. Timothy Lutheran Church, 473 Seventh Street, Menasha, with Rev. David Skarsten officiating. Visitation will be held from 9:30 am until the hour of the service at the church. Interment will take place at Resthaven Cemetery. In lieu of flowers, a memorial will be established.
Online condolences can be offered at www.wichmannfargo.com