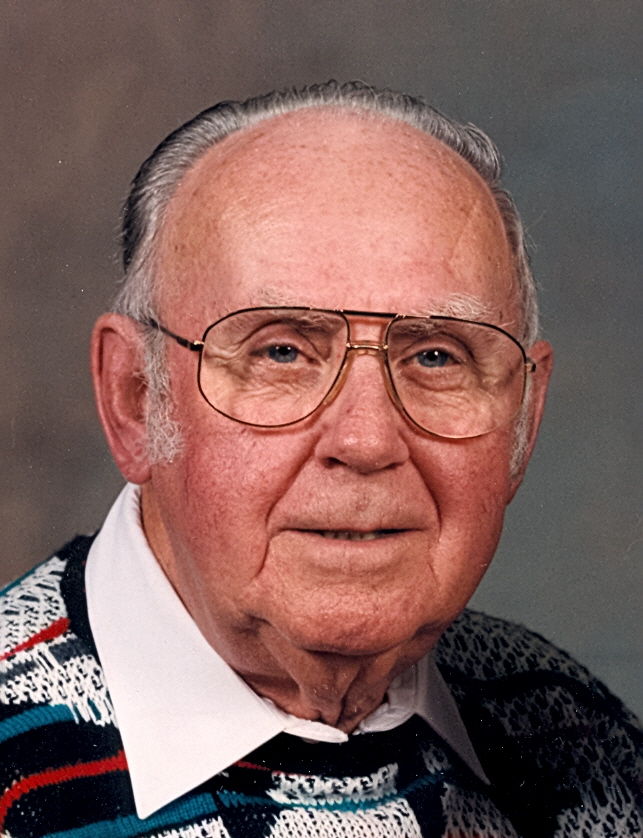 Gerald Brockman, age 88, of Kimberly, passed away on Sunday, April 14, 2013 surrounded by his family. He was born on July 22, 1924, in Kimberly, the son of the late Arthur and Agnes (Timmers) Brockman. Jerry served his country in the U.S. Army with the 15th Calvary during WWII. On February 23, 1952, he married Regina Benser at Holy Name Church in Kimberly. Jerry worked at the Kimberly Mill for 44 years, retiring in 1987. He was a member of Holy Spirit Parish, the William Verhagen Post 60 of the American Legion in Kimberly, and a Boy Scout Leader. Jerry enjoyed fishing, crossword puzzles, and was an avid Packer fan.
Gerald is survived by his loving wife of 61 years, Regina Brockman; sons: Steve (Deb) Brockman and Michael (Susan) Brockman; seven grandchildren: Travis (Amanda), Cole (Kimberly), and Dylan (fianc√© Nicole) Brockman; Jared (Nicole), Ryan (fianc√© Sarah), Brett (girlfriend Megan), and Alissa Brockman; sisters-in-law: Judy Brockman and Helen Brockman. He is further survived by his nieces, nephews, other relatives and friends. Jerry was preceded in death by his sister, Elaine (Pete) Hofacker; brothers: Melvin Brockman and Gord Brockman; and an infant brother, Arthur, Jr.
The funeral liturgy for Gerald will be held at 12:00 noon on Friday, April 19, 2013 at Holy Spirit/Holy Name Church, 600 E. Kimberly Avenue in Kimberly. Father David Beaudry will be officiating. Interment will take place at Highland Memorial Park in Appleton. A time of visitation will be held on Thursday at the Jansen Fargo Funeral Home from 4:00 p.m. until the prayer service at 7:00 p.m., and again at the church on Friday from 11:00 a.m. until the time of mass. In lieu of flowers, a memorial fund has been established in his name. Online condolences can be offered at www.wichmannfargo.com.
A special thank you to the staff at ThedaCare at Home Hospice, especially Amy and Kelly, for the excellent care and professionalism shown to our family.