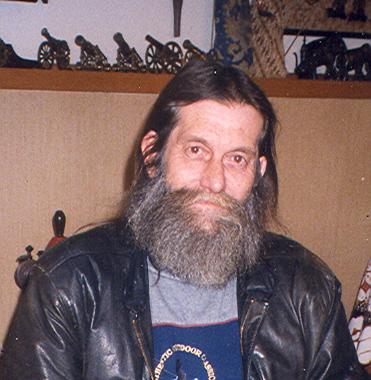 Gerald Henry Verbruggen<br>‚ÄúJerry‚Äù<br>Appleton <br>Age 56, died peacefully, at Oneida Heights in Appleton, on Wednesday June 27, 2007, after several years of lingering health problems. He was born in Appleton on June 30, 1950 the son of Henry and Alice (Frank) Verbruggen. Jerry grew up and attended schools in Appleton. He was employed as a painter in the Fox Valley for much of his life, and also worked for several years at the Shawano Leader newspaper in Shawano, WI. Jerry was a ‚Äúfree spirit‚Äù who lived life from his own perspective and in his own way. He was an avid hunter and fisherman, and greatly enjoyed playing cards, and socializing and traveling with relatives and friends. Survivors include one daughter, Alicia Verbruggen, Bonduel; two grandchildren, Ethan Klein and Kayden Verbruggen, Bonduel; a sister, Darlene Antoniou, New Orleans, LA.; two nephews, David (April) Zebik, Hot Springs, AK, and Nicholas Antoniou, New Orleans, LA.; two nieces, Connie (Larry) Vondracek, Neenah; and Marcia (Tyrone) Teal, Oshkosh; cousins, Pearl Reetz, Don Kelnhofer, Dick Kelnhofer, Carolyn Gonzales, Willa Ramsey, Norman Knapp, Gary Frank, Bob Frank, and Jack Frank; a brother in law, Allen Utke, Oshkosh; and other relatives and friends. Preceding him in death were his parents; a sister, Janice Utke; and two nephews, Gene Zebik and Scott Zebik.<br><br>In accordance with his last wishes, Jerry will be cremated and no visitation or funeral rites will be held. A memorial fund will be established at a later date. <br><br>WICHMANN FUNERAL HOME<br>537 N. Superior St.<br>Appleton 739-1231<br>www.wichmannfuneralhomes.com<br><br>